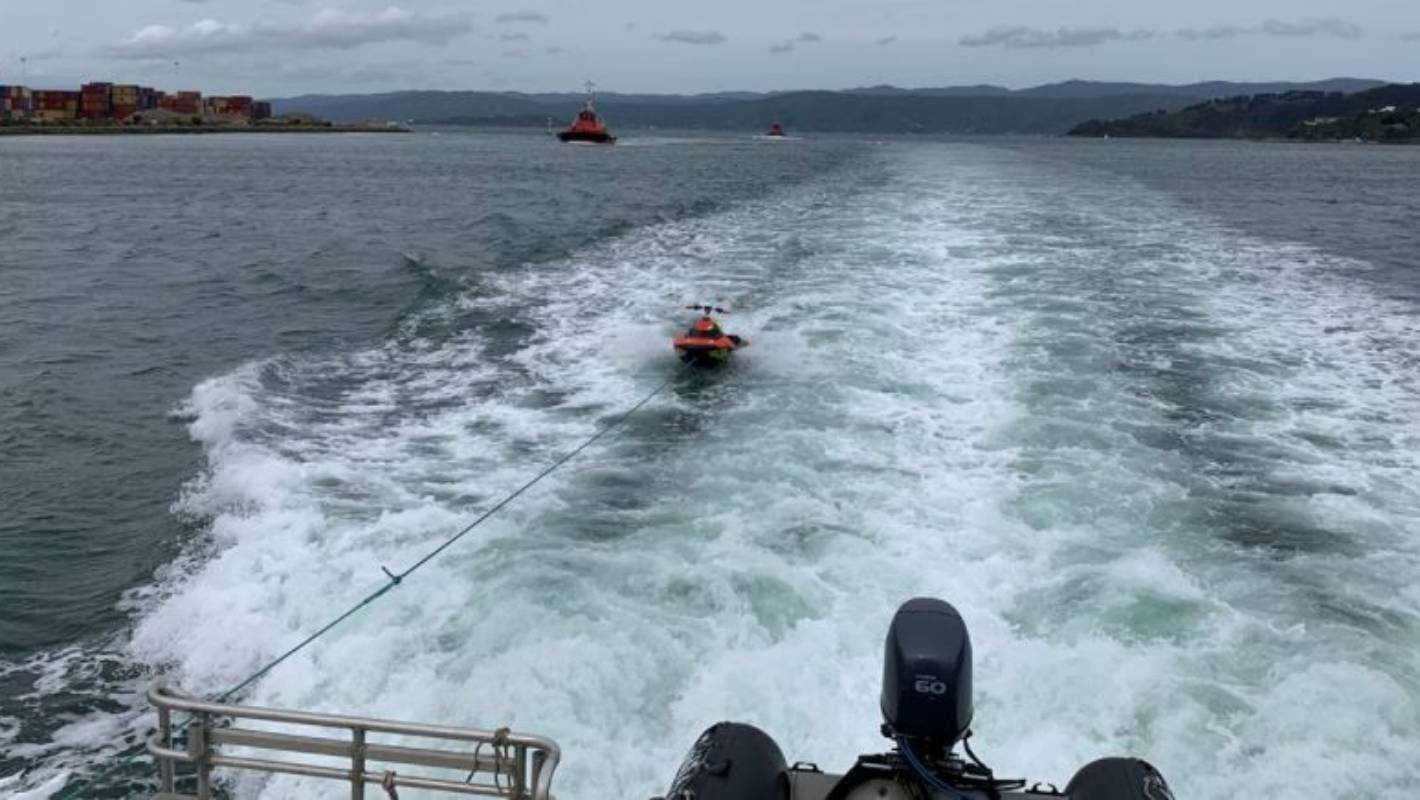 Two men were rescued by police after a jet ski accident in Wellington Harbor on Sunday.

Two men have been rescued after being thrown from a jet ski to Wellington Harbor near Petone beach.

One of the men was treated for hypothermia symptoms.

The two men were forced to swim 1.5 km to the beach in 13 degree Celsius water.

Both had life jackets but jet skis began to be blown away from them in the 25-knot wind. One of the men swam for jet ski but could not catch it.

READ MORE:
* Boats on a broken boat rescued by the police in Cook Strait
* The catamaran sinks off Somes Island in calm Wellington waters
* Group rescued after the boat turned in Porirua harbor; life jackets were not used

A man had a cell phone that was water resistant. He called the police after half an hour in the water.

A Mayay relay was sent and a search was conducted by the police using the Centreport harbor pilot boat, two tugboats (Tapuhi and Tiaki) and the Coastguard.

The two men were pulled up from the water a short time later and taken ashore Lady Elizabeth IV police boat.

Senior Constable Kyle Smith of the Wellington Maritime Unit said it was a quick reminder of the importance of being prepared.

“Without life jackets and waterproof comms, it could have been a completely different result for these two today,” Smith said.