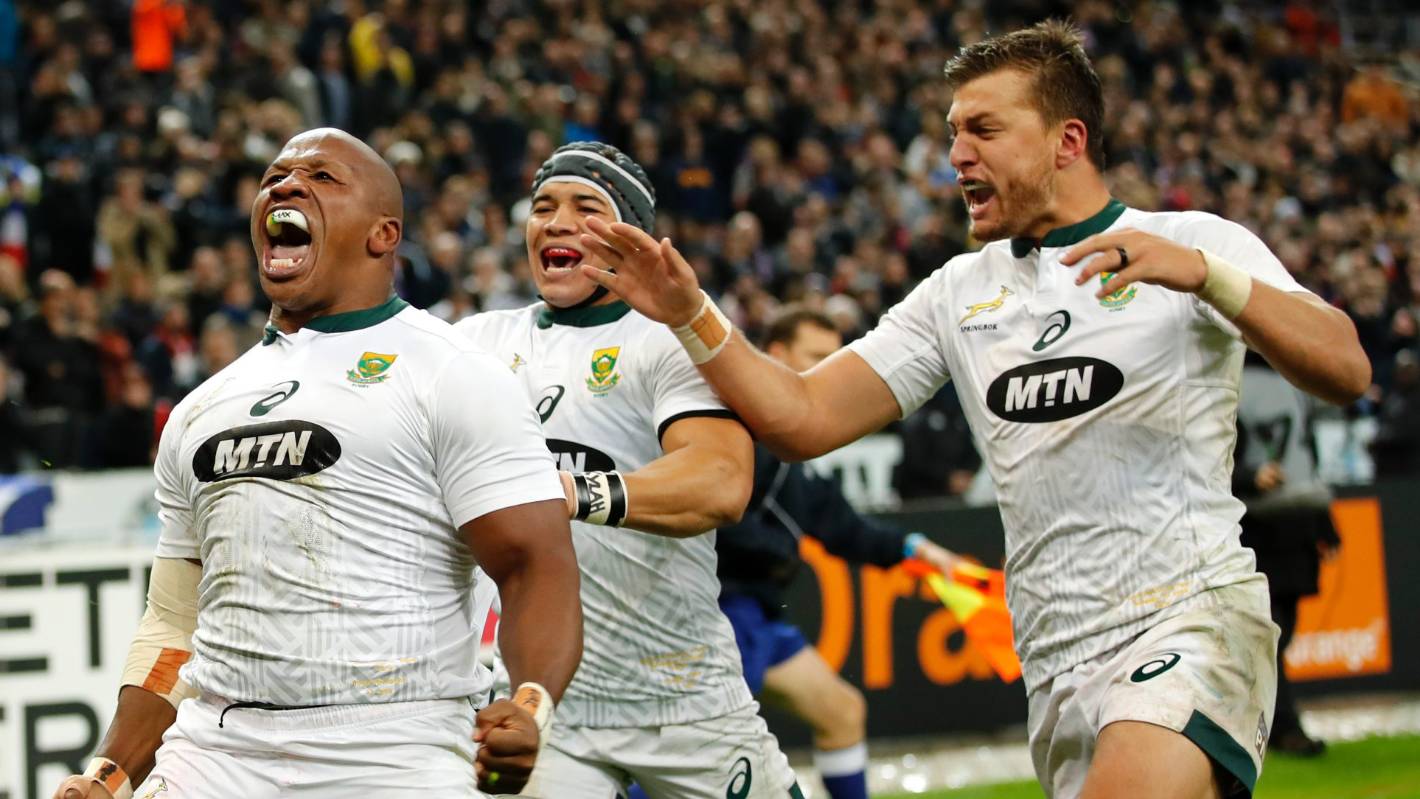 South Africa has hit France with a final guess trial from a game at the end of the game.

The replacement sheriff Mbongeni Mbonami crashed in the 85th minute after Springboks tried to make it unsuccessful for a forward move, but was sentenced because Judge Nigel Owens had played a penalty in Paris on Saturday (Sunday NZ time).

France led 16-9 in half-time after three sentences by Baptiste Serin, a lost goal to Camille Lopez and an attempt to shipwoman Guilhem Guirado, who avoided the tackle of his South African hooker counterpart Malcolm Marx.

The home team made a good break as Mathieu Bastareaud scored through the middle 41 minutes into the game.

But the Springboks forced back in violation of an attempt to Sibusiso Nkosi and three Handre Pollard sentences.

Serins started with France still having a four-point lead last-minute, but their discipline proved expensive because they awarded a penalty and found themselves in front of a lineout 5m from their line.

Eventually, the pressure told me.

THERE WILL BE MORE COMING