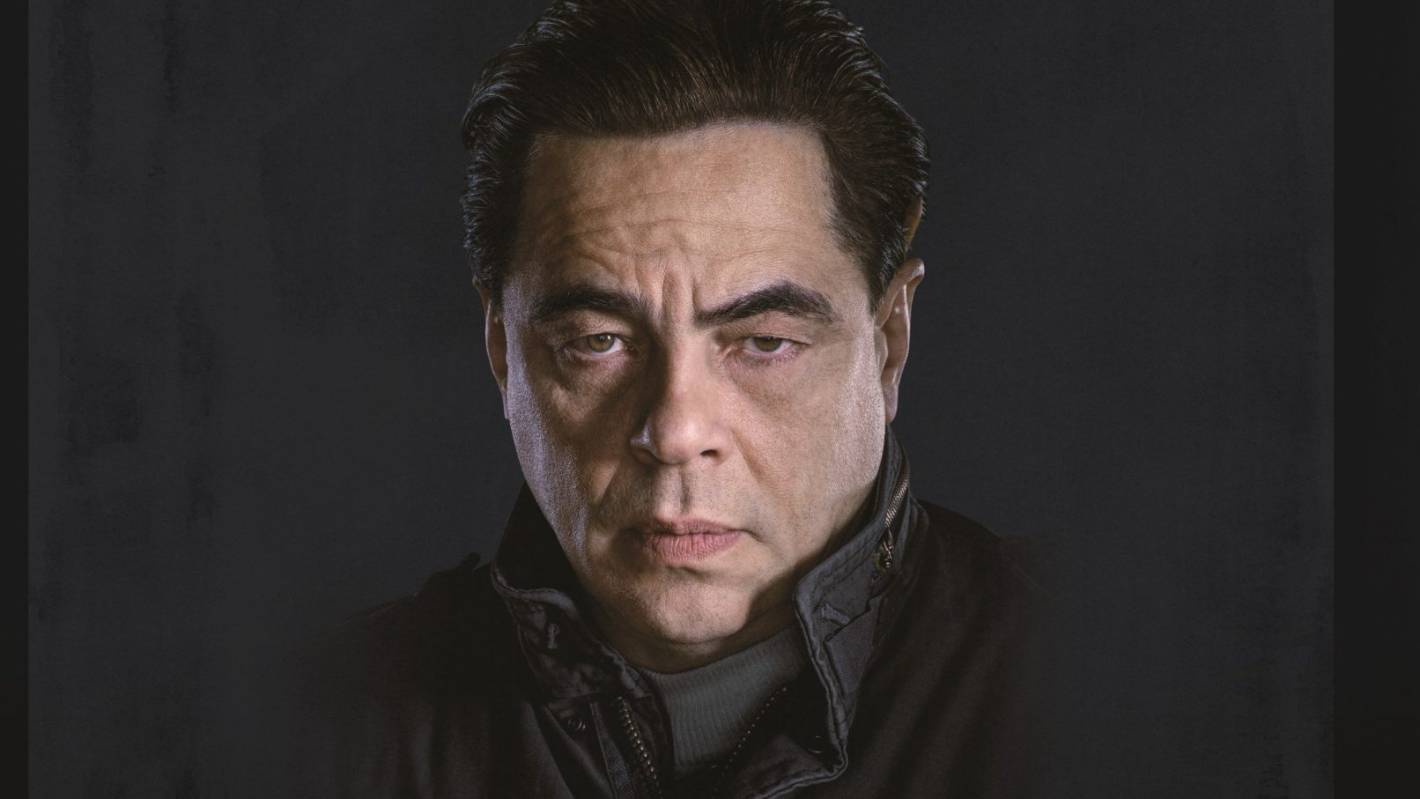 In the summer of 2015, two convicted killers became the first suspects to break out of the 170-year-old Clinton Correctional Facility in upstate New York.

Richard Matt and David Sweat flew with the help of a prison specialist who had business with both men.

The series filmed for seven months with much of it shot at the real Clinton prison in the village of Dannemora. It was a place that tells Del Toro to say, "I did nothing and I was in prison and I did not like it."

He plays Richard Matt, a talented artist who earned 25 years to life to extinguish a man. It was Matt's artistic ability, along with Patricia Arquette's presence as his accomplice and lover Tilly Mitchell, who attracted the 51-year-old Puerto Rico actor to the role.

While Matt is hardly a sympathetic character, Del Toro, who is himself a talented artist, told us about what could have been.

"The story of Richard Matt is a very sad story," he says.

"He went from foster homes to home to promote the home. As you grow up, you grow up with fear, cruelty to survive. You are lying to lie to survive. This man was like a broken soul from the beginning and I think not that he was born so. "

Later, he continues to expand on Matt's situation, saying: "In the end, he is a human. He has many feelings like everyone else.

"I personally think there was a talent there. He had at least one talent for organizing something (a jail sentence), although that's a wrong thing. So I feel he had not grown up like he had, I think he probably would have succeeded in something legal or it could not have been where he ended up, you know. "

Matt's upbringing echoes that of prison warden David Sweat, who first went to prison at the age of 16 after spending time in a series of foster homes.

When the drama opens, he is in his early 30s and earns a death sentence for the 2002 murder of a New York Sheriff's deputy.

It is his deal with Mitchell, a frumpy, 50-prison guard who is married to a guard who sucks seeds for their escape.

Explaining the sexual attraction between the two, he says: "To me, I mean, boy, this guy David Sweat has been in prison for 12 years. I think when someone gives you a peek of compassion or kindness or desire or love, i am "…. it would be like water in the desert". "

Filming in the real Clinton Correctional Facility proved to be an alarming experience for Dano who also met the real sweat.

"There is really much, very little sense of rehabilitation," he says.

"It's a punishment and I thought it was extremely hard to be there to see these guys … You know some of them probably did some things we would be very uncomfortable to talk about, but seeing people in cages, it was really hard. "

Work on a script for Escape at Dannemora just started five days in three weeks' hunt for Matt and Sweat.

Ben Stiller was approaching to control the series but hit it down. He changed, however, after a 170-page report from the inspector's secretary general was released on the construction of the flight and its aftermath.

"We went up to Dannemora," says Stiller. "We met the district attorney up there. We started meeting the people involved. We met David Sweat. We met many involved people and could try to introduce it only with as much of the real things as possible throughout the road process."

But not everyone was enthusiastic about the arrival of a film crew.

"There's probably something they do not necessarily want to relive," says Dano.

"This city Dannemora is built around this prison in essence. The local economy is the prison. Prisonevans is not something they want to celebrate. I do not think it was good for them."