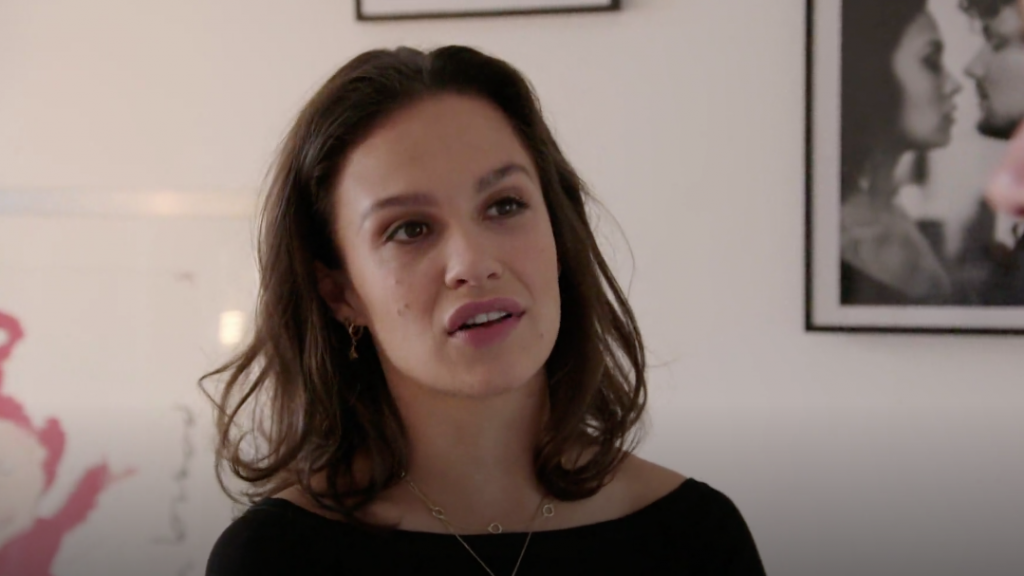 When Peter asks what it means to be daughter of Herman Brood, she answers: "Nice, proud." Although Herman was an eccentric man, he never got anything from his nasty sides. "I've always been very proud of it," she says. Also of his addiction was nothing to notice at home. "He was very caring and very committed to his children. And very protective."

"Of course, he got sick at some point and it's very sad to see," Holly continues honestly. "He felt like a used Herman Brood. And he just did not want it."

Holly is only six years old when her dad decides to end her life by jumping from the Hilton hotel in Amsterdam. Or as he expressed it so beautifully: to put an exclamation mark behind it instead of a point. "I understand that," Holly says about her choice.

What's hard to understand is that Holly, her mother and her sister drove past Hilton that morning. "Then it had already happened," Holly says to Peter, explaining that there was a lot of police on the scene. The family was on their way to the circus and nearby did not have time to think about what's happening. "I'm glad we did not start looking," said Mom Xandra.

Unbelievably, she was bullied with the sad fact of high school. "When I meet these children, I think I still want to fight a lot," she said injured. "I was just a bit different, and at some point it started to take some crazy twists."

For example, she learned: "You seem like your father" when she jumped off a bench with a gym. She also received nasty messages from classmates via MSN. And it did not end in verbal bullying, she was also physically bullied and hit with branches. Violent.

Van Der Vorst See Stars are displayed every Wednesday at 21:30 on RTL 4.