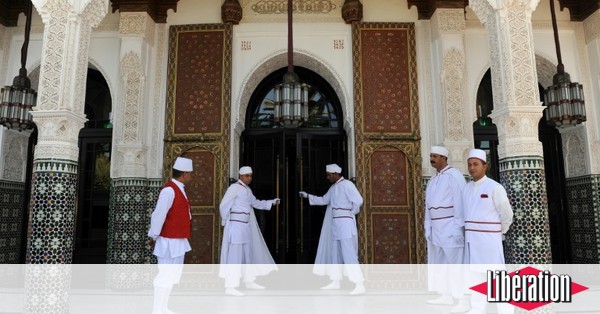 The legendary palace "La Mamounia", worthy of 1922 stars from all over the world in the heart of Marrakech (South), Morocco's tourist city, was listed on Thursday on an official list of public companies that can be privatized from 2019.

The Government Council has approved a bill on privatized companies where the large hotel, according to an official statement. The text still needs to be approved in Parliament.

The famous palace, which has about 200 rooms and suites, has also been used for filming, such as Alfred Hitchcock's "The Man Who Won".

La Mamounia was closed in 2006 for major renovations and its furniture, art deco, Spanish-Moorish or French classic, were sold at auction. The luxury hotel was opened three years later.

Moroccan economist Mohamed Benchaaboun announced a series of privatizations for 2019 at the end of October. The operation is expected to yield 10 billion dirham (920 million) according to the trade press.

Like La Mamounia, Tahaddart's thermal power plant is on the list of privatizable companies. With a power of 384 MW, this plant is operated near Tanger (North) by a 48% owned by ONEE, 32% of Spanish Endesa Generation and 20% of German Siemens Project Ventures.

Since the launch of the first privatization program in 1993, 77 companies have been wholly or partly sold to the private sector for a total of 103 billion dirhams (approximately 9.5 billion euros).