Morning – The beginning of the Atlas Lions course in Rabat 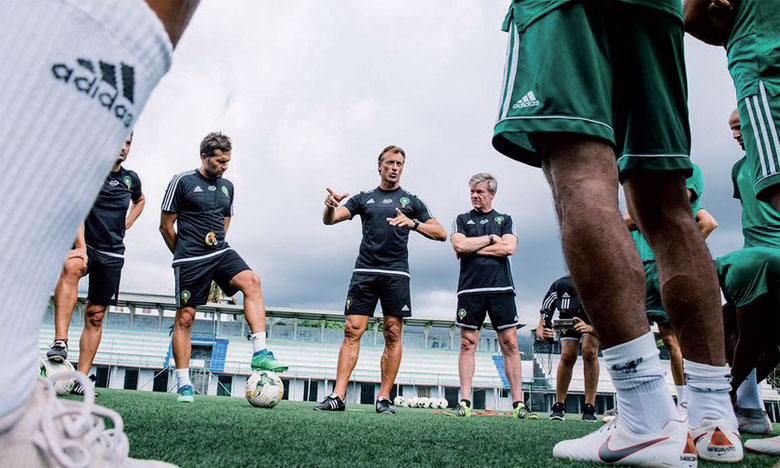 Four days before the match against Cameroon counted for the fifth day in the final game of the African championship, group B, the Atlas Lion starts their training camp in Rabat on Monday. Several players had already arrived on Sunday at Atlas Lions training camp, but the squad will be full today in the afternoon.

The national team has been in training camp in Rabat since yesterday, but it is still incomplete. Players who played Sunday with their clubs must arrive until Monday afternoon. On the menu of this 4-day course, four workouts, including one on the Père Jégo course in Casablanca on the threshold of the match. The latter, as stipulated in the African Football Association's regulations, will be open for the first 15 minutes to the press. It will be followed by a press conference by national coach, Hervé Renard.

Uncertainty about Ayoub El Kaaba's participation
Touched during a match in the Chinese championship, Ayoub El Kaabi can lose the match against Cameroon. Chinese club player Hebei China Fortune was stretched during his club's match against Guangzhou in the 17th round of the Chinese Championship match. The former Berkane renaissance player made the trip to Morocco to report his injury by the doctor of the national team Abderrazak Hifti.

Finish the dominance of the unchanging lions
Morocco Cameroon has a double challenge for the Atlas lions. First win the three wins to definitely ensure their qualification for CAN 2019. Then, the dominances of the unchanging lions break. Never, in the history of the confrontations between the two layers, Morocco struck Cameroon.
It is therefore an additional challenge facing the band Hervé Renard to end this Hegemony Cameroon.
National coach Hervé Renard had promised to beat the immortal lions: "Let's face the challenge of striking for the first time in Moroccan football history, the unpleasant lions, all together on November 16," tweeted on October 18th. To achieve this goal, Renard must make good choices, because the task will not be easy against the ruling African champion. We will need to show a different face than that shown in October during the double confrontation with the Comoros.