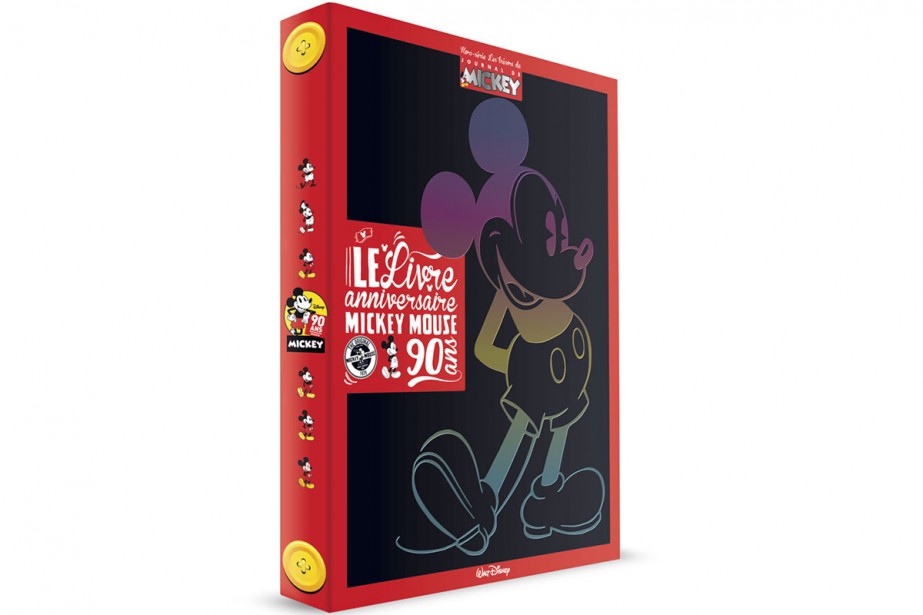 On November 18, 1928, Mickey officially was born, with the first screening of Steamboat Willie, the first cartoon with soundtrack, whose hero is none other than the musical imagined by Walt Disney and Ub Iwerks.

Mickey will be shown in series in January 1930 (in the form ofstripBefore a magazine took place in France in 1934: Mickey's diary, which still has a good foothold and remains a phenomenon in children's pressures in France (97,000 copies and 1,3 million readers on average per week).

To celebrate the birthday of his eponymous character, Mickey's diary and his sister publications (Mickey Parade Oceant Mickey Junior and the youngest, My first Micke Diaryy) has prepared all readers surprises for their readers who, following a first special edition of 270 pages in the spring will culminate with the release of this collective number of 420 pages, printed 100,000 copies.

A book aimed at seduction of a wide audience: In addition to children, the special issue will help most "fall back in childhood" and meet the curiosity of the fans in Disney, many in France, told AFP Edith Rieubon, editor-in-chief of Mickey's diary.

Among the nuggets of this particular issue are the boards of Floyd Gottfredson who drew Mickey for more than 30 years after Walt Disney, and whose style is a reference. He invented the "dark ghost", one of Mickey's elusive enemies.

And among the contemporary works, a wonderful story full of poetry in the sand of the desert.

Why do the little mouse stories also tell the generations?

For Edith Rieubon, Walt Disney's inventiveness, which has always focused on innovation (cinema, amusement parks, by-products, etc.) has a lot to do with it, as well as the "multiple aspects" of the character, in turn, the collapse of a small band of friends (with Minnie, Pluto , Dingo …), investigators who solve mysteries or adventurers exploring the planet.

But most importantly, "Whatever happens, we always keep in a good mood, and we always come back to Mickeyville, without too much trouble and after living a lot," she says.