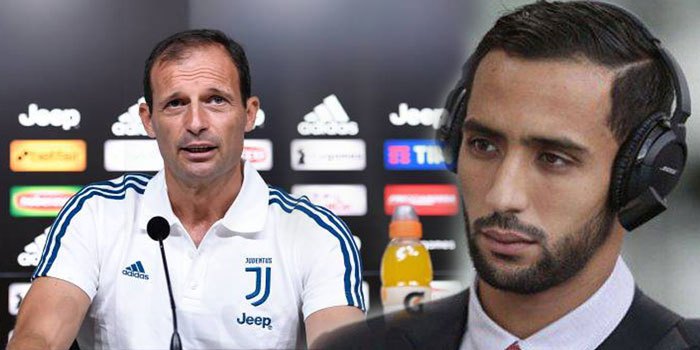 Turin Juventus coach Massimiliano Allegri responded to Moroccan international Mehdi Benati's idea that his departure from the club is just a matter of time.

The defender, who has only made four appearances in Series A since the beginning of the season, actually had confidence in the Gazetta dello Sport that he was not happy with his situation. "A player like me at 31 must have to play all week, at least. We will see in January what will happen if Juve still needs me if the coach still wants me. But I'm very happy it's As I said last season, I was good because I had continuity. This year I do not have it, but it's part of the job. I have to try to work and give the maximum, but honestly, the situation is not nice, "regretted the player, on the bench of the old lady's replacement since Leonardo Bonucci returned.

During the conference that preceded the match between Juve and Manchester United within the framework of 4th Champions League group stage, Allegri said that any player in the lead at a big club must accept to be sideways.

"Benatia played half of the club season with some good players. I think his words come from his great desire to play," said the coach.

Recall that the defender was called for the next match in Morocco against Cameroon on behalf of 5th Qualified Day in CAN 2019.