They discover a cold and dark exoplanet, adjacent to our solar system 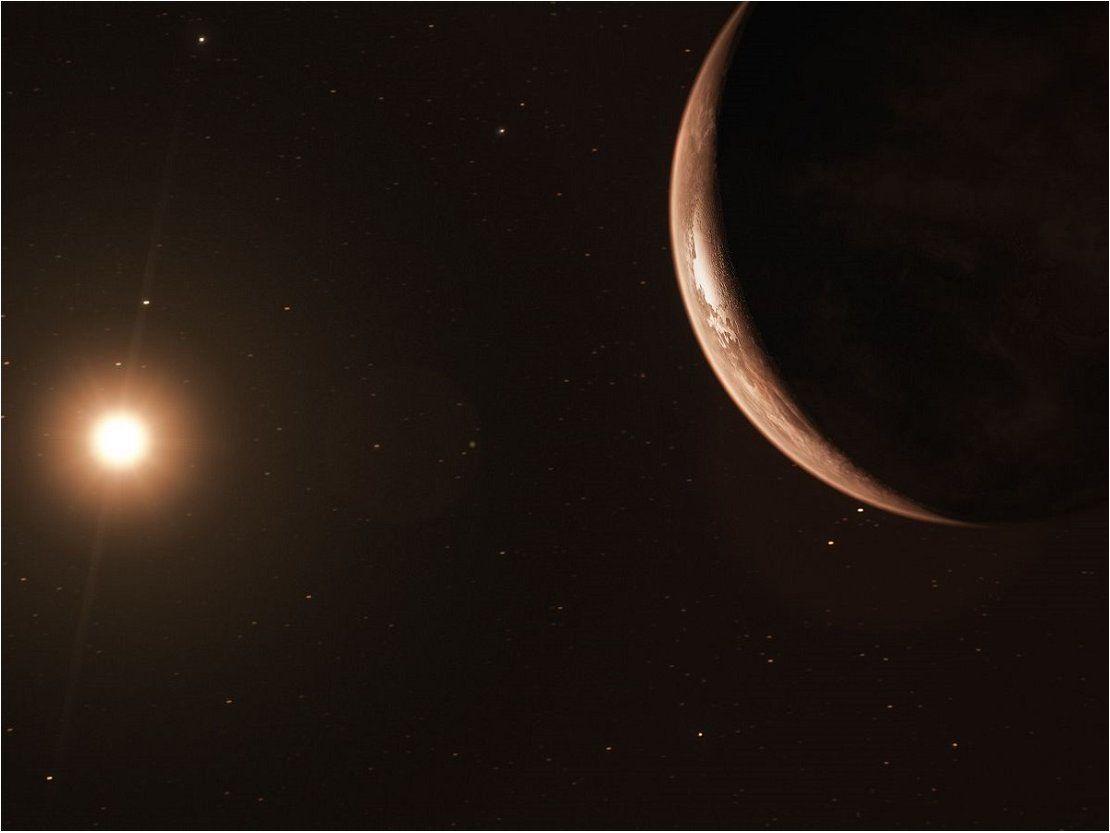 The result has been possible thanks to one of the world's largest international observation campaigns, where telescopes around the world have taken nearly 800 measurements, "a large amount of information gathered for more than 20 years," he explained. Efe Ignasi Ribas, Institute of Space Studies in Catalonia (IEEC-CSIC), which has led to international cooperation.

"All of these data have enabled us to characterize the planetary system that encircles Barnard," the second system closest to us, and thus "we do not rule out that there may be more planets", says the researcher.

But how is this system? The newly discovered planet is due to the star Barnard, a red dwarf of between 7,000 and 10,000 million years, "almost twice as old as the sun", relatively inactive and fastest in the night sky.

Barnard b, renamed for his hostess, takes about 233 days to run his star and, although relatively close to it (40% distance from the Tierra del Sol), it is a cold world and dark which can be about -170 degrees Celsius.

Read more: "They discover a habitable planet" near our solar system "

"It's an ice world because it receives very little energy from its star: only 2% of what the Earth comes from the sun," and it is close to the so-called ice line, a circulation zone around a star in volatile compounds like water can condense in solid ice.

Therefore, it is "highly unlikely" that Barnard b has floating water on the surface, but it can not be excluded that it is in the ground, explains Ribas.

In addition, compared to Proxima b, considered the planet with the best chance of living outside the solar system, it seems unlikely that this super-earth could contain some form of life, but "life can sometimes find skilled ways to survive" warns the Spanish physicist .

The finding has been possible thanks to Doppler technology, one of the many methods planned by astronomers to detect planets impossible to observe directly.

Technology is looking for planets from the effects it causes on its star, because when a planet circles a star, gravity causes the star to move as well.

Related Note: "They identify exoplanets where life can develop as on earth"

"And according to physics, when a light source approaches the observer, the spectrum changes slightly towards the blue and its wavelength is shorter and as it moves it turns red to longer wavelengths. Therefore, when we see a star that is angled (approaches and moving away) this can be deduced that there is a planet in circulation, "Ribas points out.

The findings of the exoplanet, which are part of the red dots and CARMENES projects designed to search planets near the solar system, have been possible thanks to high precision measurements of telescopes from around the world.

Among them, the famous planet hunter HARPS and the UVES spectrograph, both the European Southern Observatory (ESO).

"HARPS played an important role in this project and combines archival data from other teams with new and overlapping actions from the Barnard star from different facilities," explains Guillem Anglada Escudé of Queen Mary University in London.

"The combination of instruments was the key to confirming our results," stresses the Spanish astronomer, which also led to the discovery of Proxima b a few years ago.

More on the subject: "Discovered a temperate planet only 11 light years from the solar system"

And HARPS, which measures changes in the speed of a star caused by an exoplanet that revolves on it, detects velocity variations of even 3.5 km / h (a rate similar to the one we use when we go).

The work has used observations of seven different instruments that have taken 771 measures, a "large" amount of information for 20 years, emphasizes Ribas.

"The discovery represents a significant advance in the search for exoplanets around our star children, hoping to finally find one who has the right conditions to take life," concludes the researcher at the Institute of Astrophysics of Andalusia and co-author of the work. , Cristina Rodríguez-López.

At work, they have collaborated in the study of researchers from Spain, Chile, China, France, Germany, Israel, Poland, Switzerland, the United States and the United Kingdom.