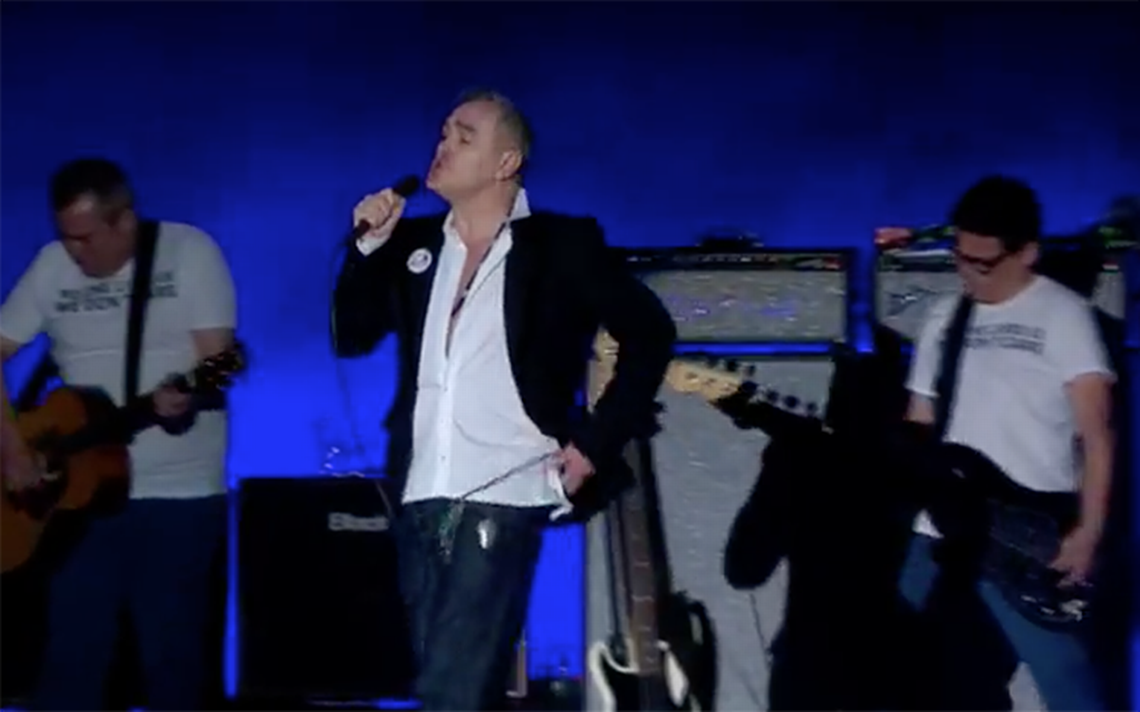 A big confusion lived some fans of Morrissey in the concert that the singer offered tonight at the National Auditorium. The 59-year-old British finished his concert with Everyday It's Like Sunday, after which he left the scene. The bottom screen, the only one that worked during the show, was active until the light of the light suddenly turned on to announce the end of the show.

Among the audience were some cries and whistles heard, for the concert had not been one and a half hours after starting, except that the singer did not say a word to say goodbye.

Previously, Morrissey had interpreted "Jacky's Only Happy When She's On The Stage", where she took off the shirt and threw it to the public, an act that recognizes in every show to announce her farewell.

In addition, one of his musicians thanked his song on "Everyday It's Like Sunday", the singer on behalf of the singer and in Spanish reception of the audience. "To every mom. Mexico, thank you very much, we love you. A message from the boss here (Morrissey):" He's home, he's happy. We are all musicians in this house, we are all Mexico and we are all Morrissey, "he said." It's amore (that's love) "the singer added.

During the same song, a fan was on the stage and embraced the former member of The Smiths, who responded emotionally. Soon after another follower tried to do the same, but he could not come to the scene even if the singer tried to help him. It was after these events that the show ended.

Morrissey took the stage after 21:00, more than 30 minutes after the scheduled time. He did it in a very good mood that sang "William, it was really nothing" and even speaks in Spanish: "Casa, casa. Love" was his greeting.

The singer performed some songs like "How Soon Is", "Life is a Pig", "Back on the Chain" or "The Bullfighters Dies", where he showed pictures of various bullfights in protest.

Just like every scenario he visits, in the lobby of the National Auditorium there were no products sold with meat: hamburgers, sausages, pizzas or sandwiches were not available.