Pijah is back! Why did she leave her dream job at Google? | Life 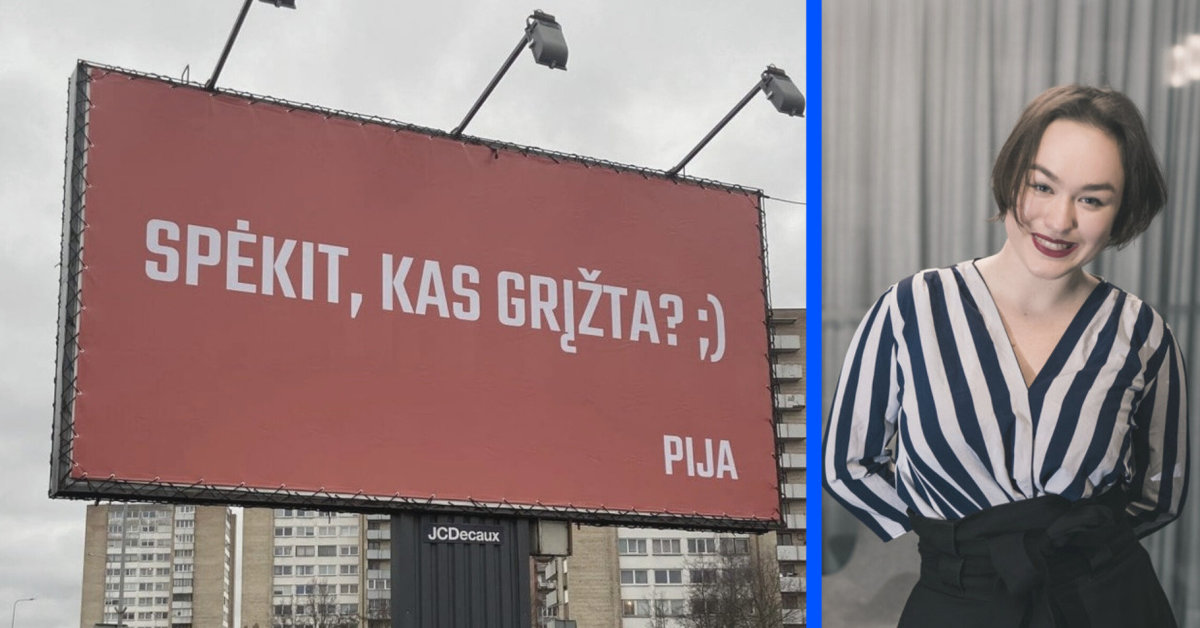 Pija recalls that the whole story boiled over when she received an offer to work for Google last fall.

“It was hard to believe at first, I thought what it was like here spamas. The selection process took a long time, but I overcame all stages and, I will not lie, received the offer – I jumped for joy. Google at work is a real honor – 15 min in POIndriūnaitė.

Pija could not refuse such an offer, so she decided to leave her job at CityBee at that time. Still, the colleagues’ efforts to try to stop Pija were particularly surprising. After all of Vilnius, the cars rumbled with the words “Pija, pasilik” and the same inscription – on the giant stands that had sprouted on the street. There was probably not a single Vilnius resident who would not have noticed it that day.

“I remember getting up that morning and my phone exploded from messages and mentions on social media. It was a very strange feeling to go into the office then, where all the employees laugh, applaud, shout – “Pija, stay”, and I lost everything and I do not know what to answer them. It was a real surprise. A little later it was very fun to read comments where people wrote that I organized this campaign for myself. The few transition days were extremely emotional for me, ”Pija recalls. 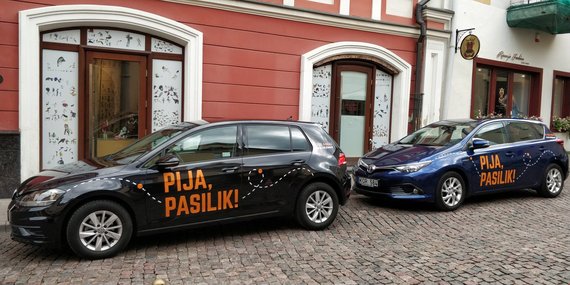 He does not consider himself exceptional

The girl thinks that the workplace has tried to keep her because of a good relationship with the team and a passion for work. Still, Pija does not consider itself exclusive. According to her, most of the company’s employees deserve such attention.

“I completely agreed with the team. I think everyone has seen my passion and love for work. Besides, it was a lot of work – I did a lot.

In fact, I think most of the company’s employees deserve similar efforts and actions. Of course, the same formula does not apply to everyone. For the marketer’s position, such a way of showing attention was, I think, the best. It reminds me of the company’s marketing qualities that I love so much – CityBee can be different, cut off, implement what it wants, if only it is sincere and effective, says POIndriūnaitė. Pija admits that such actions by employees really made them hesitate in the decision to leave the job for Google. The girl made the final decision after the emotions subsided.

“It simply became our mark then. But even the team said that the decision should not be made because of emotions. I finally realized that I would feel sorry for a lifetime if I had not taken the chance to try my hand at Google,” says the girl .

Google Pija has been working for over a year. This experience is extremely positive.

“It was an extremely interesting year where I became a specialist in another caliber with an even broader understanding of marketing strategy and the Baltic market.

I had to work with extremely strong managers, from whom I learned a lot. In recent years, Google for Education, the Google nonprofit program, has been launched in the Baltic States, and I have contributed to the coordination of Google’s programs not only in the Baltic States but also at CEE level, says the girl.

The previous work could not be forgotten

Working at Google is a dream come true for many people. Pija thought she would stay in this company for a long time, but still realized that she was endlessly longing for her previous job.

“It simply became my attention then. I was convinced that I would stay on Google for a while and wait for several interesting projects related to the start-up community in the Baltic States. However, I was contacted again by former colleagues. We started talking. , really without any hidden intentions, and I realized that my eyes were burning when it came to CityBee.

Then they offered to join the team. It was a really difficult decision, but in the end I realized that I lacked more freedom, more creativity. “Google is an extremely large company, the processes there are longer and more monitored – you will not really order a sign there in the evening, even if you really want to,” says POIndriūnaitė. Together loud, Pija was just as loud and welcoming. At the beginning of the week, another stand arose in Vilnius, where it was written: “Guess who came back?”

All the company’s customers received this message. According to the girl, CityBee is no longer surprised by such actions.

“This time I already knew about the company’s plan to meet me just as loudly when I said goodbye. I think it was a very nice, symbolic end to the bike. A year ago, when I decided not to stay, said skeptic that it proved that employees only care about money, not a close connection.But I came back and still with increased experience and new thinking.I think the company can rejoice in public and show that the attitude towards the employee they show works, the girl smiles.

When she returned to her previous job, Pija was also waiting for new career opportunities – the girl became the company’s marketing manager.

“The feeling is extremely good and warm, most of my colleagues are acquaintances and friends. I do not feel like the first day because I still know the processes, the tools used, the challenges I have. It is true that the areas of responsibility have changed. When I first started working here, I was the only marketing employee and did everything myself from A to Z. When I went to Google, I left a team of several people. Now I have returned to the position of marketing manager, I work not only with the Lithuanian but “I also have a wonderful and talented team that perfectly initiates and carries out various campaigns,” says Pija. 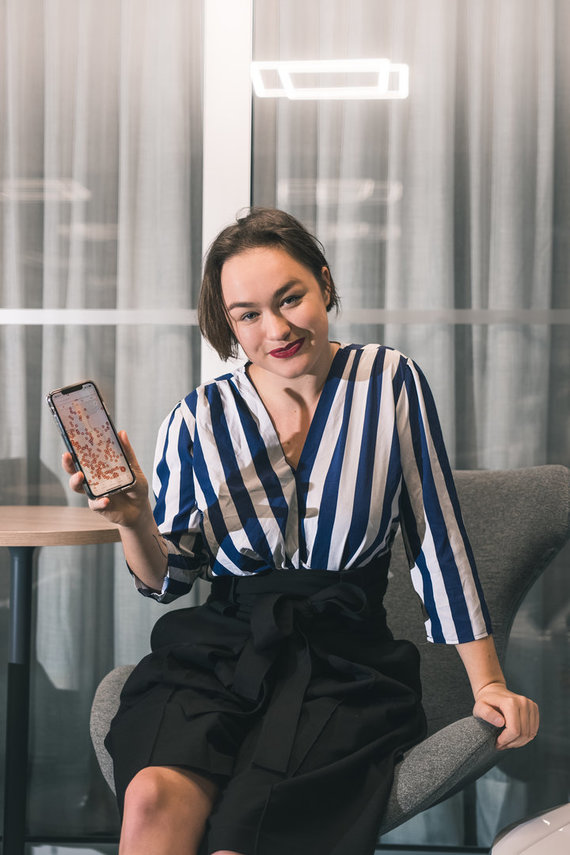 She says she is not at all worried about responsible responsibility. Even though the girl is only 25, Pija feels that she has a lot of experience.

“I’m young but experienced. I’m well versed in this brand and have gained a lot of the latest marketing knowledge in recent years. Before joining the team, I spoke several times with the new manager, Kristijonas Kaikaris, and shared my insights, visions and action plans – he supported me.

I met and agreed with the large marketing team as well. Right now I am extremely motivated and I look forward to implementing all plans and visions, says POIndriūnaitė.

“I intend to further enhance the importance of data and analytics to make market decisions and evaluate actions. At the beginning of my career, it seemed like the most important thing was light, different, creative, viral advertising, but now I understand that creativity goes hand in hand with analysis, says Pija.