Chimki Strategist: One year when Zalgiris shows the level 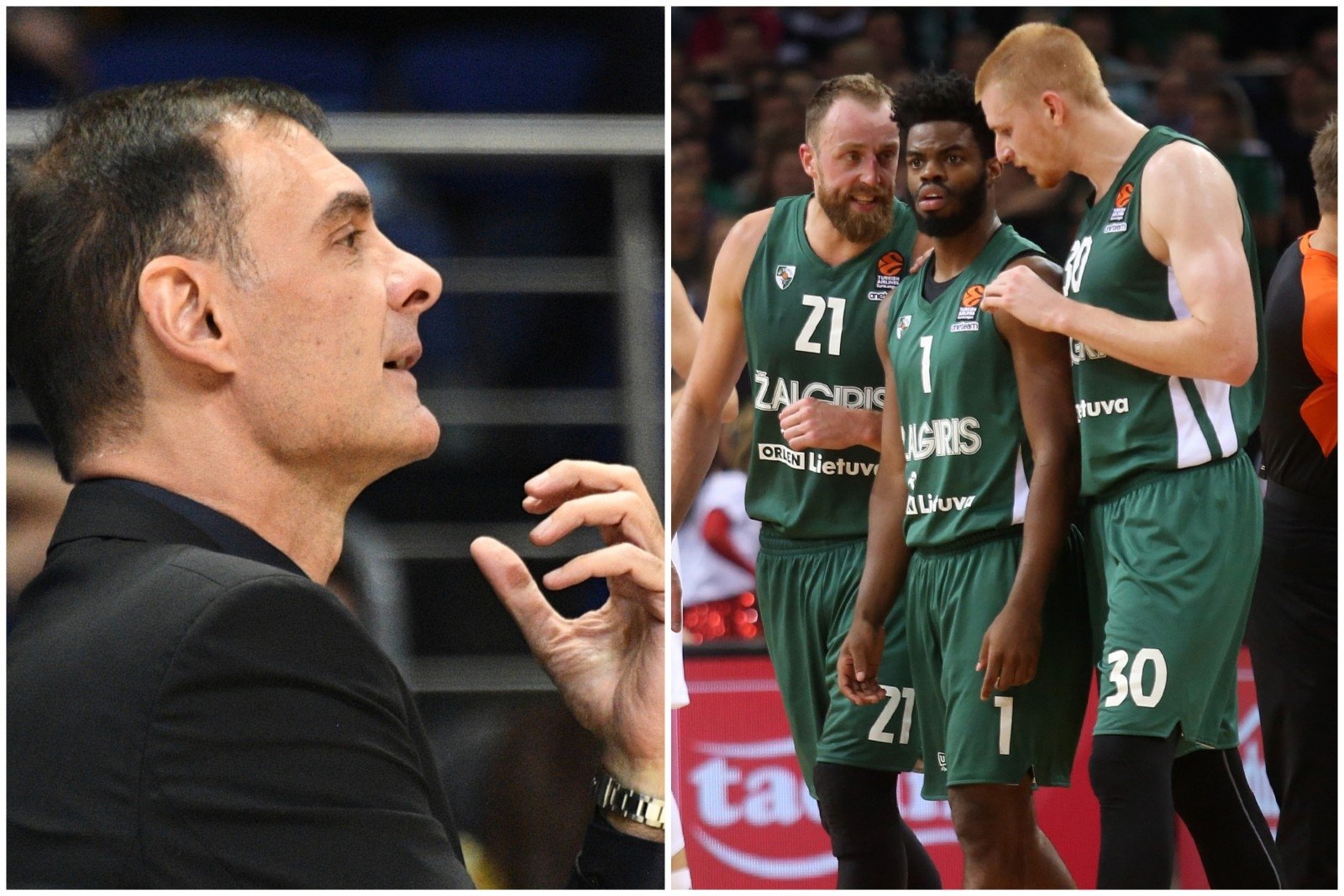 "One year when" Žalgiris "shows the level. They played well with the Moscow cossacks and were close to victory," said Chimki's strategist. "Playing at the" Grunwald "arena is always challenging, I mean the atmosphere, team games and energy that the basketball players show to their fans. We must be ready to play for 40 minutes. We will fight for this victory. "

Anthony Gill, one of Moscow's coaches, has no doubt that a good match is expected: "Žalgiris" is a good team we have met last year. Here is a good atmosphere and arena. We must be prepared for a big cheat and equal to the pace they try to defend. I think we can be a winner in this duel. "

In most Euroleague matches, Chimki (2-6) basketball players have just landed at the last minute and do not really deserve external labels.

With the exception of the first match with Piraeus Olympiacos, where Greek teams were defeated by a smash (66:87), in other matches, the Chimki team fell on one side with rivals.

For the second time, the 85:93 Russians did not resign from Istanbul's Fenerbahce, and especially after the next meeting with Istanbul's Anadolu Efes and Milan's AX Armani team. At home, with 2 points leading to Anadolu Efes, the Turkish goalkeeper reached the goal of a siren – 84:85. The match ended in a similar scenario to Milan, when Mike James struck 3-minute penalty when he played for 3 seconds – 80:81.

In the fifth round, Moscow team won the first win when he beat the Herbalife team from Gran Canaria at 87:72. Sixth and seventh round meetings with Spanish grandparents failed – 80:87 defeat Barcelona FC Barcelona and 74:79 Barcelona Real Madrid.

Despite the start of the victories and losers' balance at points 1-6, Chimki's coach appeared to Georgios Bartzok's chair not hurt. Last week Pedro Martinez and Neven Spahi, coach of Vitoria Bascovia (2-5) and Tel Aviv Maccabi (1-6) who started the Euroleague season lost their jobs. Sustainability in the Chimki headquarters clearly contributed to the Moscow League team winning the WTB United League without losing (8-0) and Moscow CSKA (8-0) in the championship.

This double Euroleague week "Chimki" started the match with Podgorica Buducnost, who beat 85:69 on Wednesday and moved to Lithuania the following day. By the way, from the first five of this season, Chimki, who has already visited the "Žalgiris" arena, is the only one who has arrived in Vilnius and has not used charter flights to Kaunas airport.

"This is the top European team. We have to concentrate on ourselves, to catch and not destroy anything for free. Today, we only do it in a cosmic rhythm. We do too much by agreeing that we will not do it, says Š. On the threshold of the match with Chimki. Jasikevičius.