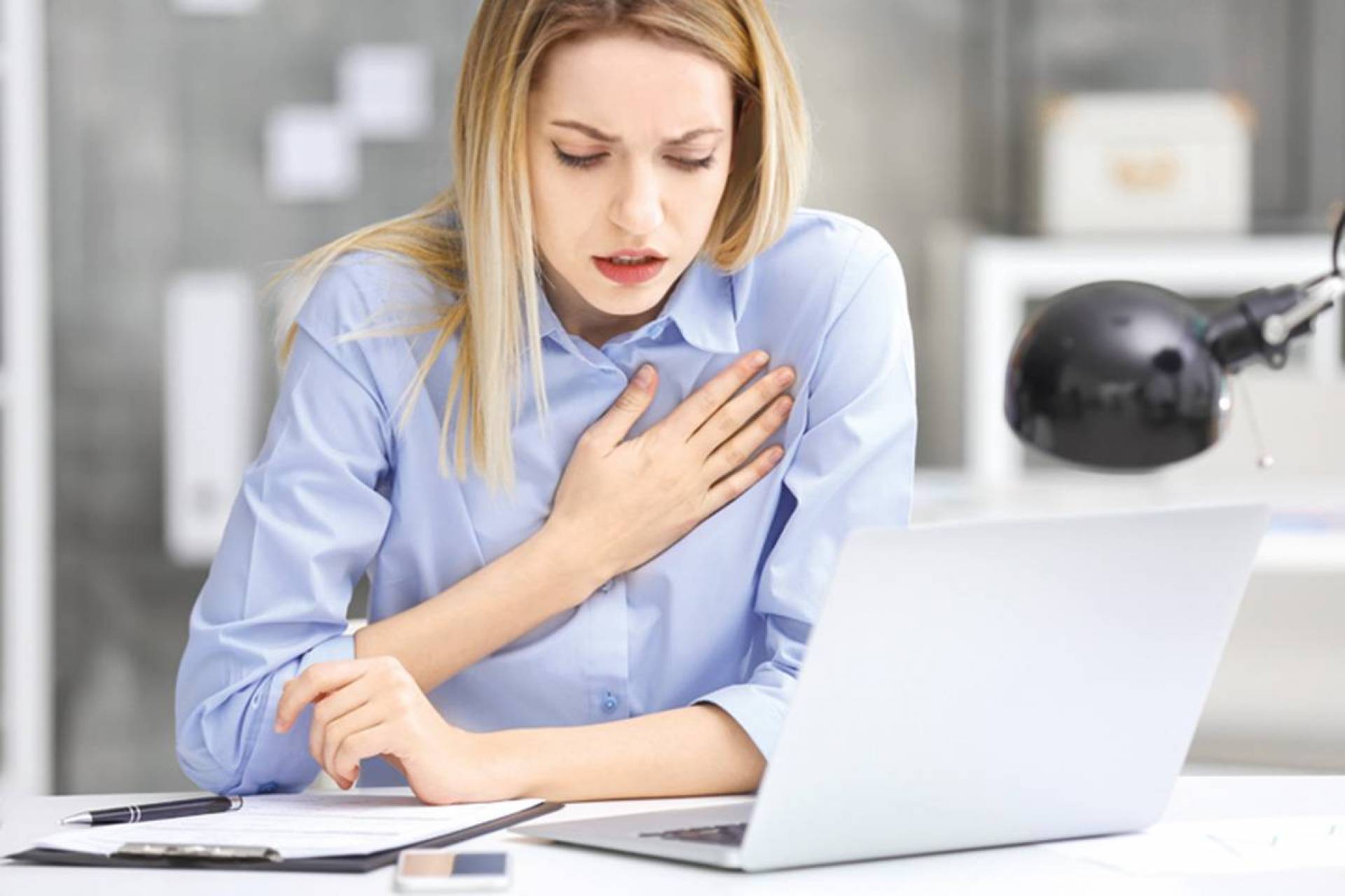 The latest therapeutic techniques for heart disease are the most advanced today to facilitate the life of cardiac patients and avoid traditional operations with all the difficulties associated with them. The heart patient is no longer obliged to undergo surgery for long hours at increased risk, but may resort to simpler and more sophisticated techniques where the intervention is shorter and more efficient with the modern equipment available. And let him leave the hospital as soon as possible so that he can return to normal life in a short period of time. Dr Roland Kasab, director of the Cardiovascular Department at Jesuit University, spoke of the advanced techniques that came to provide effective solutions for cardiac patients and about all the details of heart disease and ways to prevent them. Hotel d'Eau de France, Professor Rabie Azar, in conjunction with the inaugural conference on Cardiology in Lebanon entitled "Innovation in Cardiology" organized by the Department of Cardiology at the Hospital du Vieux de France.

– There are modern therapeutic techniques you assume today in the treatment of heart attacks, what's new?

The modern techniques we assume today at the hospital are the most advanced in diagnosis and treatment of cardiac patients, which is less invasive surgery compared to previously minimally invasive and penetrates through the bones and legs to change the heart valve or correct it at capacity. In cases where patients take drugs for life, we offer solutions by ironing to avoid heart problems. If the cardiac power is weak, it is possible to install certain types of active batteries that solve the problem and allow to adjust the power and strengthen the heart muscle simultaneously. The batteries were previously implanted in the arteries, but today they are placed under the skin, easier than before.

Is it possible to say that this major development in cardiovascular treatment techniques has been able to reduce the number of deaths and risks that can be postponed to the patient after surgery?

There is no doubt that these techniques have helped to reduce the way to traditional cardiac surgery, especially with the increasing number of doctors specializing in it. With the most modern and easy-to-use technology, open heart surgery is no longer the preferred or first-class solution. These new technologies have also been able to reduce the deadlines and operations that lead to surgery.

In any case, it is not possible to reach a phase where risks are completely eliminated, but we are moving steadily towards it. Heart disease was the leading cause of death in the United States, while it was the second day after cancer with progress in cardiology.

– To what extent can you say that the patient's commitment to the lifestyle after treatment plays a role in the success of any of these therapeutic techniques?

There is no alternative to patient involvement, which is undeniable and must be emphasized. There are things that can not be neglected, such as blood pressure control, cholesterol and diabetes in the body and quit smoking. After treatment of the heart problem, the patient returns to the same problem for the first time for the same reasons. Consequently, the treatment is not useful. Therefore, the patient plays a basic role without which there is no benefit for treatment.

– How to monitor after surgery?

It is important that the patient is routinely consulted with the physician and check that the valve, the electricity and the battery that are implanted in the heart all function normally and disciplined. It is also necessary to adjust weight, cholesterol, diabetes, blood pressure and exercise regularly. It is also important to improve the patient to identify any symptoms that may affect him and may indicate that he has a heart attack because time plays an important role in this case.

– To what extent can women protect themselves from menopause, where they are no longer protected and risk heart disease, just like men?

When menopause is achieved, women's hormones do not protect them from the risk of heart disease. So, after the age of 60, a woman becomes fully exposed to injury like a man. However, as mentioned above, delayed diagnosis can contribute to increased risk for women, and her arteries are too high. A fundamental problem in our societies is also to pour interest in the treatments offered to the man and to pay consciousness to most women.

– At what age is the risk of myocardial infarction that may be greater?

With age, the risk always increases, and it is not true that the biggest risk is when a young person experiences a heart attack. The risk of death from angina is greater in older adults.

– Are the modern therapeutic techniques used in treating myocardial infarction the same for the young as the elderly?

Therapeutic techniques are the same regardless of age.

– Is it true that the approved units can be effective or non-quality machines?

We can say that there are better machines than the other, but no FDA-approved device can be used, and at the hospital we use specifically approved US devices, all of which are of the best quality.

– What has changed in modern technology?

Using modern technology today, the process has taken a shorter time, making it easier and easier to risk, and the patient can leave the hospital at a faster time. The time required for recovery after departure also decreased.

– With all developments taking place, to what extent is today working for the prevention of heart disease because of its great importance in reducing these diseases and dangers?

We can not deny the importance of prevention, which is also more important than after treatment. Prevention occurs at community level as a whole through awareness among people where it is important that everyone can recognize the symptoms that may occur and be associated with myocardial infarction. Public health policy is by no means small.

Although it has been said that cholesterol can not pose a greater risk of heart disease, it is important to focus on the importance of this risk factor and the need to strictly control it to reduce the risk of heart disease. Diabetics are considered to be heart disease from a medical point of view. The risk is high for heart disease. So he is treated as if he had a heart attack, and his cholesterol, diabetes and blood pressure are controlled, focusing on weight loss and regular exercise.

– To what extent does high blood pressure play a role in the heart problem?

Hypertonia is also an important risk factor to be considered. The height increases the danger and must be checked properly.

– What are the most obvious signs of myocardial infarction?

There are many indicators that may occur following myocardial infarction that may be experienced. If the problem is in the artery, the most obvious symptom is pain in the middle of the chest and breathlessness and soreness in effort. It must be first explained that arterial diseases begin with pain as valve diseases begin irregular heart rate and breathlessness. It is important to go to hospital urgently when any exhibitor can indicate a possible heart problem.

– After how long can the risk increase after the bidder's appearance?

Immediately after the bidder's appearance, go straight to the hospital and 60% of the death occurs during the first hour of myocardial infarction.

– How different are the symptoms between men and women?

In general, the same symptoms appear in women and men, but women are more likely to neglect their symptoms. Women often rule out the possibility of heart attack, while heart disease is in fact the leading cause of death among women.

– Does this mean that heart attacks cause more deaths in women than men?

Heart attack does not harm women more than men. Instead, women tend to neglect the symptoms associated with cardiac problems, which increases the risk of death due to delayed diagnosis. Studies have shown that deaths from heart disease increase In women In addition, the arteries of women are more high compared to men's arteries, which makes angina more difficult for them.

What are the complications that can be expected after modern advanced surgery?

Complications are present in all techniques. Modern devices and technologies are also characterized by the specialization of the people who use them. It should be noted that the greater the skill of doctors performing these operations, the less the risk of complications. Doctors who use these techniques have become excellent in their specialty and competency, competing with international doctors. Even aortic valve change was previously performed by foreign doctors from abroad. Today, surgery is carried out at the hospital by Lebanese doctors. There is no doubt that the number of deaths has decreased due to the doctor's skill in the use of surgical techniques, but this does not eliminate the complications of any surgical technique of this type.