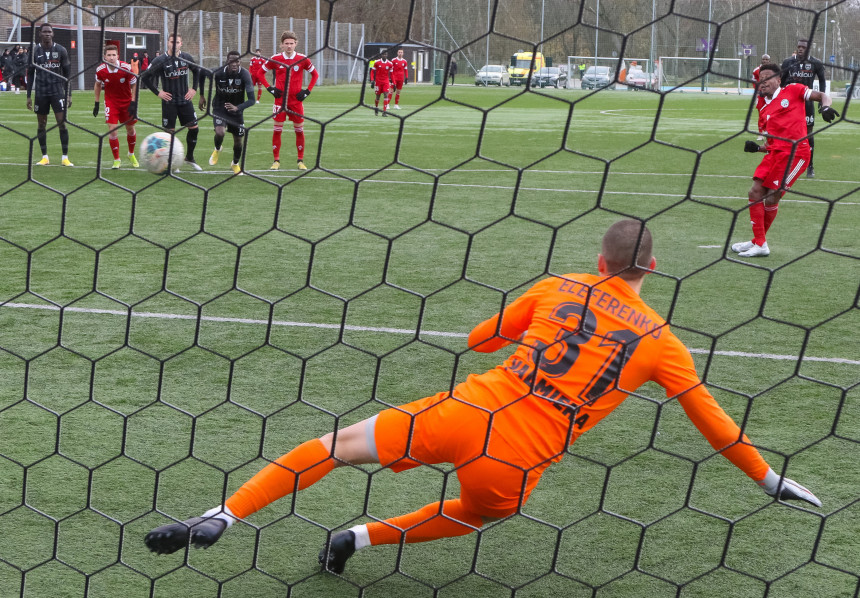 The board of the Latvian Football Federation (LFF) decided to end the Optibet Premier League championship at an extra meeting on Tuesday, reports LFF.

It has already been reported that in the Covid-19 tests organized for all ten “Optibet” Latvian football Super League teams on Monday, all members of the RFS team are healthy, but in the “Daugavpils” team, six football players have had positive results, so quarantine will be observed.

Meanwhile, the units “Ventspils”, “Valmiera” and “Jelgava” reported that the tests performed were not positive.

LFF reports that there are only two rounds left in the championship, and both are scheduled to take place this week – on 26 and 29 November, or this Thursday and Sunday. The champion is already known – “Riga”, second place is also guaranteed for the RFS club. The distribution of positions in the battle for third place (“Valmiera”, “Ventspils” and “Liepāja” also applies) can change, as well as rotation is possible at the bottom of the tournament table from the seventh to the tenth position.

In order to follow the sporting principles and a fair distribution of the final places, which affects both the Eurocup sign and the place in the domestic top league, it was decided to end the championship with healthy football players, following the safety and precautionary measures specified in the LFF competition.

In accordance with the practice of the European Football Association (UEFA) regarding the organization of competitions, it was decided to make the necessary changes to the LFF’s sanitary protocol regarding the conditions for continuing the championship, and to determine the minimum number of players the club must have in order to continue participating. in the championship.

After the Covid-19 tests performed on all clubs on Monday, the incidence was not fixed in seven teams. In the other three clubs, the occurrence is not related to the circumstances under which the championship would be suspended.

In a conversation with LETA LFF on Tuesday, Secretary General Edgars Pukinsks revealed that on Monday, Covid-19 tests were performed on about 300 people.

During the last day, 7975 Covid-19 tests were performed in Latvia, of which 5.7% were positive. Ilze Arāja, a representative of the Center for Disease Prevention and Control (SPKC), told LETA that the total number of tests performed, including daily reports, includes all tests, regardless of type or location. This means that the sum also includes performed performances.

The RFS unit, which previously reported three cases, said on Tuesday that “all tests are negative, including those players who have previously been diagnosed with Covid-19.”

It has already been reported that last week a large-scale outbreak of Covid-19 was discovered in the football club “Riga”, where 29 people were infected with Covid-19.

At the end of the week, it was announced that one of the players in the football club “Jelgava” was also infected with Covid-19, but another 18 team players and two coaches had the status of contact person. Following the decision by the Center for Disease Prevention and Control, the team was quarantined until 2 December.

“Covid-19 tests were performed on Jelgava players and staff on Monday. All tests were negative. At present, players and coaches continue to be isolated,” the Jelgava club reported on its Twitter account on Tuesday.

“Ventspils” also announced negative test results on Tuesday. “We did the Covid-19 tests yesterday. They are all negative,” the club’s Twitter website said.

No case of Covid-19 was also detected in the unit “Valmiera”, the club reports.

Previous positive cases of Covid-19 were also found in the clubs “Ventspils” and “Daugavpils”. There was a major outburst in the first league vice-champion “Auda” team, which according to the rules should participate in the playoffs for a place in the league, but it is still unclear whether the playoffs will be played.

It has already been reported that at the meeting of the Latvian Football Super League on November 13, a decision was taken by the majority to support the proposal not to continue Optibet’s Latvian football Super League season due to the difficult situation for Covid-19. This decision was also supported by the football players’ members, but on November 16, LFF did not accept the proposal.