Stupel: I think with Baxu we are one of the fastest porters in history 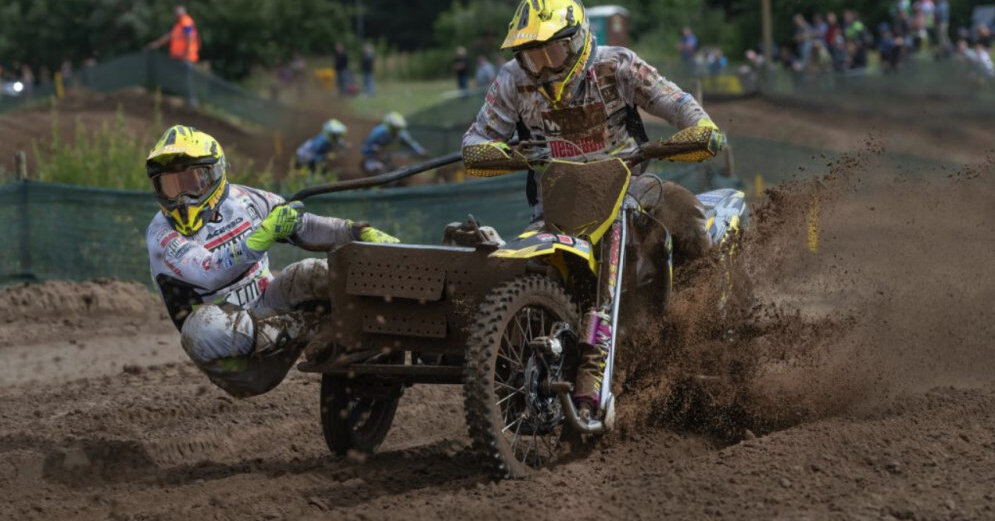 The Latvian and Dutch motorsport Kaspars Stupelis and Etienne Baks are one of the fastest in history, said the Latvian ambassador and triple world champion Stupelis.

It has already been reported that Stupel and the Dutch pilot Etienne Bax continue the cooperation next season and start motorcycle sidewalks in the world championship.

"At the moment, I consciously stopped for a long time, because I have decided to prepare myself for the upcoming World Championship differently," Stupel revealed. "It's time to come to a certain age, so we need to analyze what we can do better to achieve high quality results. Our next goal is to win the title of world champion next season."

Stupel and Baks were officially announced in November to continue the cooperation, but an agreement was reached in August.

"We actually knew in August that we would continue to cooperate with Baku and we only had to sort out. It can be said that the third place won the last season is a performance but at the same time it is a loss because the goal was to get the title. After the season, I told both supporters both the sponsors and Baks that we have to use another opportunity to prove that we can triumph in the world championship, Latvian athletes say.

During the first season of the season, at the end of March, Stupel's crew suffered a serious fall, resulting in the loss of the three ribs and knee bones in the leg muscles while Baks broke the clavicle in five places. In May, in the fourth leg after autumn, Bucks shrugged his shoulder. The criticism did not prevent the crew from returning to the tracks already in the next stage.

"At the moment, plus minus, I'm doing well and damage is healing. It's not that I'm not afraid, but at the moment the loads are not big. From November 26th I'm going to the first ski camp and in principle during this mid season I have spent the whole month a bit later. Cross-country skiing, because it is a physically difficult sport involving several muscle groups. I ski up to a maximum of kilometers, "Stupel revealed for his future plans.

After the season, the Latvian sportsman had a proposal to change teams, but he agreed with Baksu that he would try to win the title of the champions for another season.

"After last season, I had some suggestions to change a pilot, but we have been with the current team for a long time and we have already been involved in chemistry with each other. If I were to replace the pilot, I would have to reorganize all logistics. Let's say I do not thought of the idea, but I was waiting for Etienne's reply. I think we are one of the fastest crews in history, and maybe I'll never get as good as Bucks when I go to another pilot. People have said he can not go so good with any other carrier, as with me. I do not want to bring to heaven, but part of my contribution here is also, says a Latvian.

"Maybe if we won the title, we could have changed the team, but Baxam also thought that the previous season should be forgotten, and in the next we must both win. He also saw how much the team did and I wanted to give one of the other opportunities we already knew at the beginning of the season. So I could train and go to my supporters and say it, yes, not succeeded, but give another opportunity to prove we can be the best in the world "Stupeli.

Meanwhile, Stupelis did not receive financial support last season, so Latvian himself had to find sponsors who gave him money.

"There is no problem with Etienne in that regard, but it was a very hard and difficult decision for me to do it last season when I funded myself. There is nothing driven by the team in my direction, because in general is This pavement "cooking" a little "cockrooted" "Perhaps the situation is not that bad, because I have people in Latvia who believe, but on the other hand, it is insufficient that I am not a substitute for my work, which I do. That is, and maybe next year something will change. We have not talked so much, and now it's hanging in the air. I have already been to my big supporters and thank you and they are ready to work with me in the future. It gives me a feeling of security as I can plan my camps and flights, "says the world champion three times.

Stupel has not yet considered an exam.

"I am 36 years old and realize that my career ends, but I told people that there are four main things that determine my career – health, economy, motivation and high-level pilot. Motivation can disappear at the same time and you must know the moment when is enough to practice sports, but I still feel I want to do it so I do not want to say if this will be my last or last season. I go step by step and all four aspects I have, however, I want to keep driving, but after the last season I'm a little angry that everything has failed as planned, so next season I want to board the next level to show that I can fight, says Stupel.

The athlete also revealed that he would never want to start with a weaker pilot for higher pay, because he is most important to win titles.

"Today, the sport leaves to a large extent, for a large part of the move, not sporty achievements, but money. If I get a lower rider ready to pay more, but if I could not fight for victory, I would not agree with such Offer Because I'm Countless It's logical that a person tries to make a better deal for himself, because everyone needs to earn money for their future lives, but you do not have to lose their love for sports. Finally, how many people can do it? Every day, what do they think of? Of course, every day is not rosy, but that's what I've chosen and what I can do, "said the athlete.

Stupel won the title twice with legendary Dutchman Daniel Willemsen (2003 and 2004), but in 2015 he triumphed in Baxa's crew. He has also become the Deputy Minister five times, twice with the legendary Latvian Krister Serga, but three times with Baks.

During the last season, two of 12 steps took place in Latvia – in Cēsis and Stelpää. Initially, the calendar had 13 steps, but in mid-September another German phase was abandoned, resulting in the World Champions being set in 12 steps.