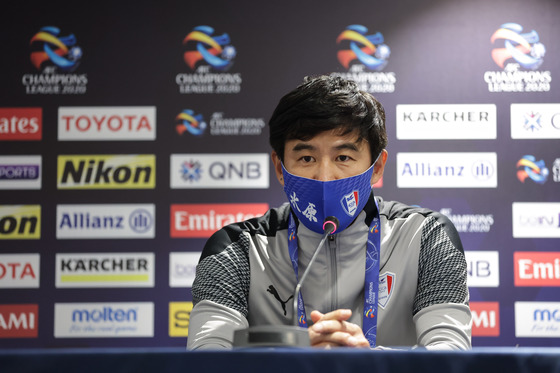 11 on 7, collided with Yokohama

Suwon competes in the quarterfinals with Yokohama F. Marinos at Khalifa International Stadium in Doha, Qatar at 23 on 7.

On the 6th, a day before the match, manager Park Gun-ha said at an official press conference, “We won the Korea-Japan match against Vissel Kobe (Japan) in a difficult situation. The energy that overcomes the difficult situation will be there. great help in the match against Yokohama. ” Just as I believed the players that they would overcome the car, I think the players will win more than the last match in this game. ”

Suwon, who did not win by two draws and one loss in the first three matches of the group stage, could only reach the last 16 after winning at least two goals in the final match against Kobe on the 4th. Before the game, many experts predicted Suwon’s elimination, but Suwon defeated Kobe 2-0.

Yokohama is the strongest team in the group with 4 wins, 1 draw and 1 loss in the Group H group stage and won all 2 matches against Jeonbuk Hyundai.

Manager Park Gun-ha, who is ahead of the Yokohama game, said: “Kobe and Yokohama have a tactical difference, but they have a similar style because they are Japanese clubs.” I will prepare to win the game with a good look, “he voted.

“The players who took part in the Kobe match showed a systematic solidarity. The players who were replaced by this could win by scoring goals.” I think I have it. I believe in all players. ”

He Seok-jong, who attended the press conference as the player’s representative, said: “We are preparing well. We will be more organized and play a better match than the group stage.” It’s hard as an enemy, but since the players’ mindset has changed, I’m sure I’m going to win. ”