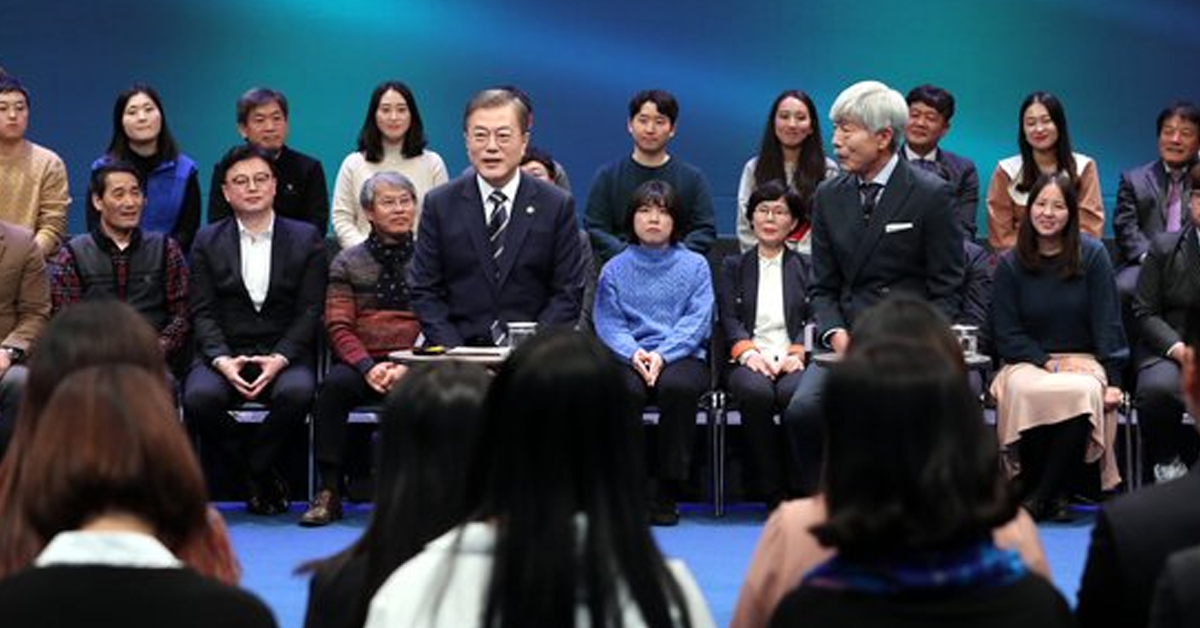 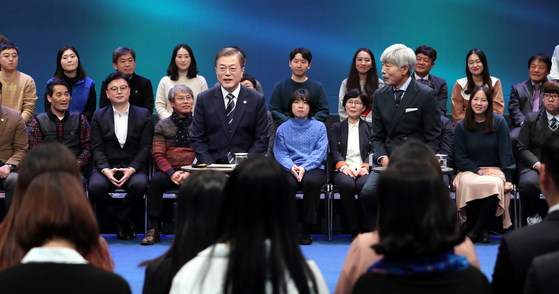 President Moon Jae-in answers the panel's questions at Seoul People's Ask, Dialogue with the People 2019, held at MBC in Sangam-dong, Seoul on the afternoon of the 19th Blue House photographic journalists

President Moon Jae-in said in a dialogue with the nation on the 19th, "the issue of the country's former Attorney General caused many conflicts, regardless of the purpose of the appointment. I apologize." Regarding the prosecutor's reform, he said, "I am pleased that the prosecutor's reform has emerged once again in this opportunity." "The prosecution's internal reform relies on President Yoon Seok-yeol. We will continue to work hard through the Justice Department."

These answers came from a number of questions related to "prosecution for reform" through the Internet portal real-time room.

"People's justice has been largely undermined by political prosecution," Moon said. "On the other hand, democratic control over prosecutors should be achieved as the political neutrality of prosecutors is assured." "If the prosecutor is recognized as an undisputed organization, and the prosecution itself is reborn as an institution of the people through reforms, I think prosecutors will be more concerned about what they do and be more proud."

President Moon also stressed that "airborne is necessary." Moon said: "Some are trying to suppress the opposition, but most of the high-ranking employees are the ruling party," he said.

Moon continued, "(Airborne) was raised by Governor Lee Hoi-chang in 1998 during GNP, and in 2002 President Lee Hoi-chang and President Roh Moo-hyun spoke about it." ) Did not play any role properly, and so on. This part is far from the truth. At the end of the 1990s, the GDP governor at the time of Lee Hoi-chang filled a special prosecutor system, not an airspace. The former governor argued that the establishment of an independent investigation agency, while being empathetic with a non-permanent special inspection system. Since the main difference between the special prosecutor and the airspace is permanent, it is difficult to see the former governor's assertion of "non-permanent specialty" in line with the current airspace. 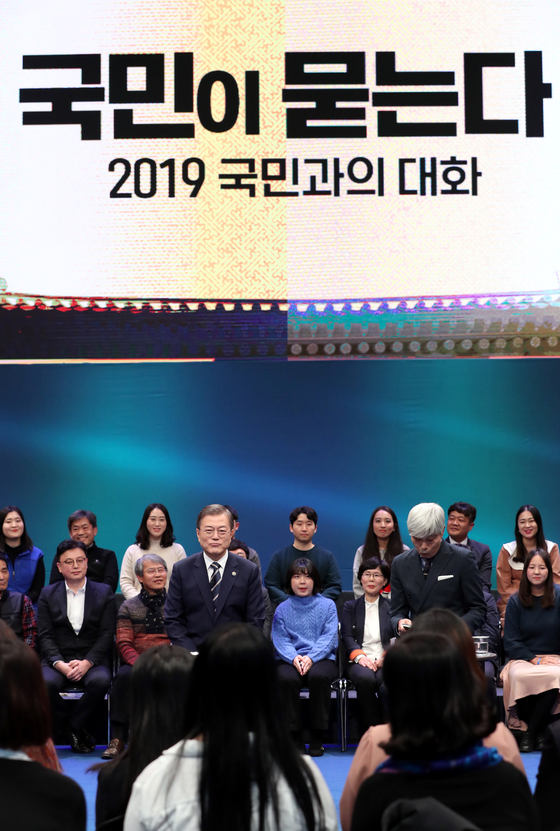 President Moon Jae-in answers the panel's questions at Seoul People's Ask, Dialogue with the People 2019, held at MBC in Sangam-dong, Seoul on the afternoon of the 19th Blue House Photo Reporters

Another issue came up immediately after President Moon's comments on prosecutorial reform and the airspace.

▶ Question = "If you look at the autobiography, the president has known the need for prosecution reform since 2009. (term) Two and a half years now, why is that a question now?

President Moon said: "In the first year, the government has already submitted a bill to adjust airborne and prosecutor's rights." (Since the related bill was put on the fast track) we will be interested to see if the bill is processed. "The will of the president is important, but the strength of the supportive people is important. When it comes to prosecutorial reform, we have a good opportunity that will not come easy."

He said: "Unlike the political faction, the airspace has been debated for more than 20 years, but it has not been resolved yet." It is easy to use our common expression and develop it to a global standard. It is really frustrating and painful to see different meetings on the streets, which are treated like this between conservative and progressive ideologies. " I did it.