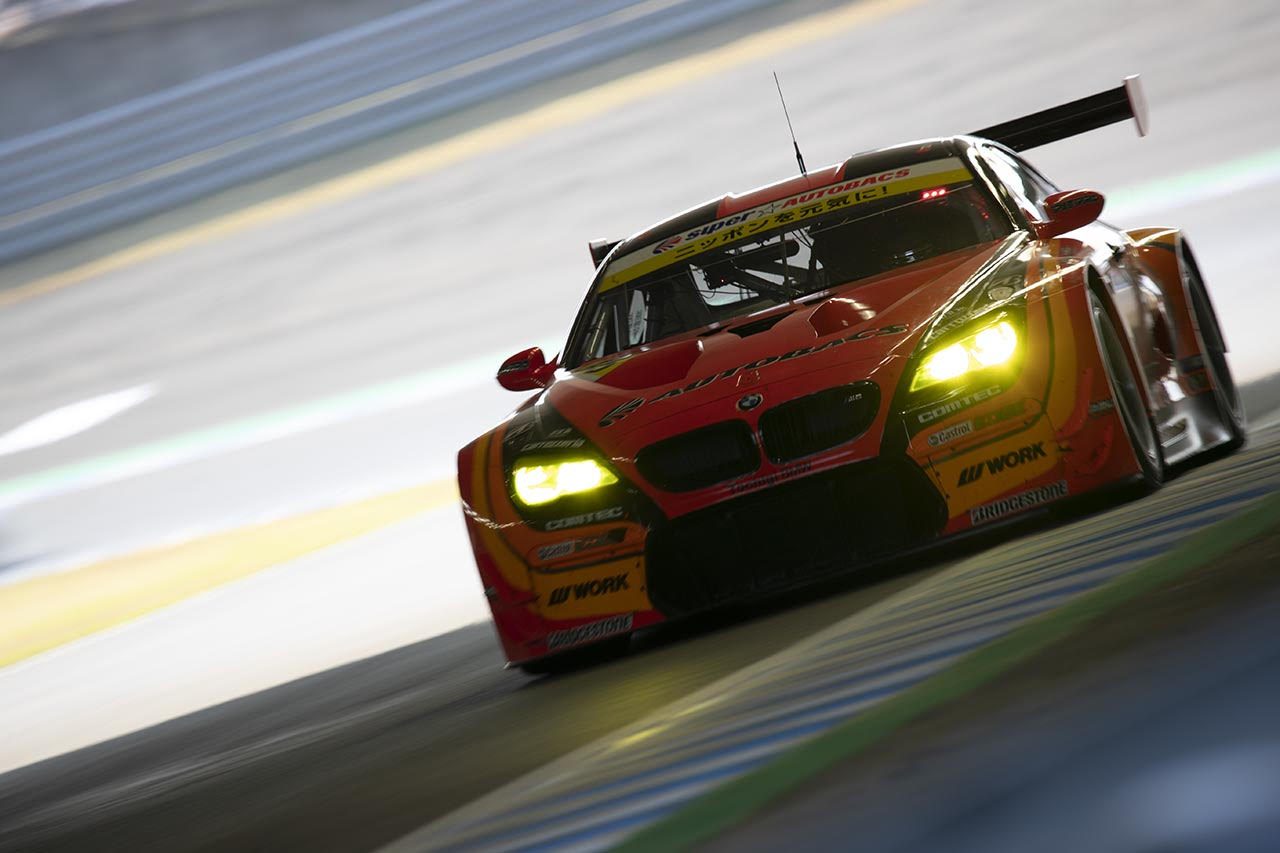 All sorrows are missing the champion

The challenge for this competition is how much you can raise the rank in this difficult course. The team thought about several patterns of strategies and sent out starter Shinichi Takagi.

Takagi got a clean start and repeated turns at a good pace. He raised two positions at lap 13 and drove eighth. If you place in 4th place, you can win a champion regardless of the ranking of the other team.

On the other hand, rivals gradually increased their ranking. The balance and pace of the ARTA BMW M6 GT 3 was not bad, but it took a car of lap, the gap with the previous car expanded, it was no choice but to change the strategy of changing tires. Throw in turn 33 and change to Sean / Walken Show. Takagi told the team about the condition and use of the tire wirelessly before switching and instructed the team to tell Sean.

Sean ranked 7th and returned to the course. Because the tires are hot they did not pull out of the following cars and shot at a fast pace, but they were brought into contact with other cars without a shot. I will release the right-hand mirror with this contact. Although it was difficult to confirm the following car, Sean fought well in the race. On the other hand, unchanged tires gradually became difficult to control, making it difficult to keep pace. In the end I finished in ninth place and won 2 points, but rivals scored points beyond that, I missed the champion.

Last year the fourth ranked in the series, but this year ranked second and it was a year that developed gradually. I would like to fight to win the champions next season. Thank you for this year.

"The qualification of yesterday was all, it's hard to pull out. This course is still important to qualify, for a while I was sorry I could not win the champions, but both the team and the driver struggled a lot, so support me. Thank you very much for everyone and I look forward to your continued support next year. "

"I started thinking about heating and tire handling so that the pace can be raised so that the pace rises when the starting position is tenth so I can raise the rank at the pit stop. With Takagi's stint, I raise the pace when I can get the clear yard I made it possible to raise the position but I could not drive ourselves by catching a late car because it seemed difficult to raise the position to where I could win my own championship. During the second half of the year the tire was still difficult, it was difficult to keep the beat and I let the ranking go. amazing that I did not fight good yesterday's qualification when I finished. In 4th place this year the ranking has gone up, but exploitation of opportunity goes out. As there was no, we would like to approach as a next season issue. Thanks once again this year. "

"It was a race that I could fight for the ultimate without mistake. I struggled for the first time since I struggled for a year, not a champion was not imprisoned by this race alone, so it's important that every accumulation is important. could welcome the last race at the top of the ranking, but as this is a difficult course to pull out, it was difficult to get together from the 10th bill. The relationship to the car was good and because it was a fast car, because I could run at a good pace if I was alone, I would regret myself but I would like to prepare for next year. "Thank you very much."

"It was disappointing as a result. The roof in a row was good, but I could not raise the position significantly, so I decided to go with the deck without replacing in the second half. However, it was hard to make a tire run until the end of the last stage. Rankings were second in place and it turned out better than last year, so I do my best to make it better next year. Thank you for a year. "