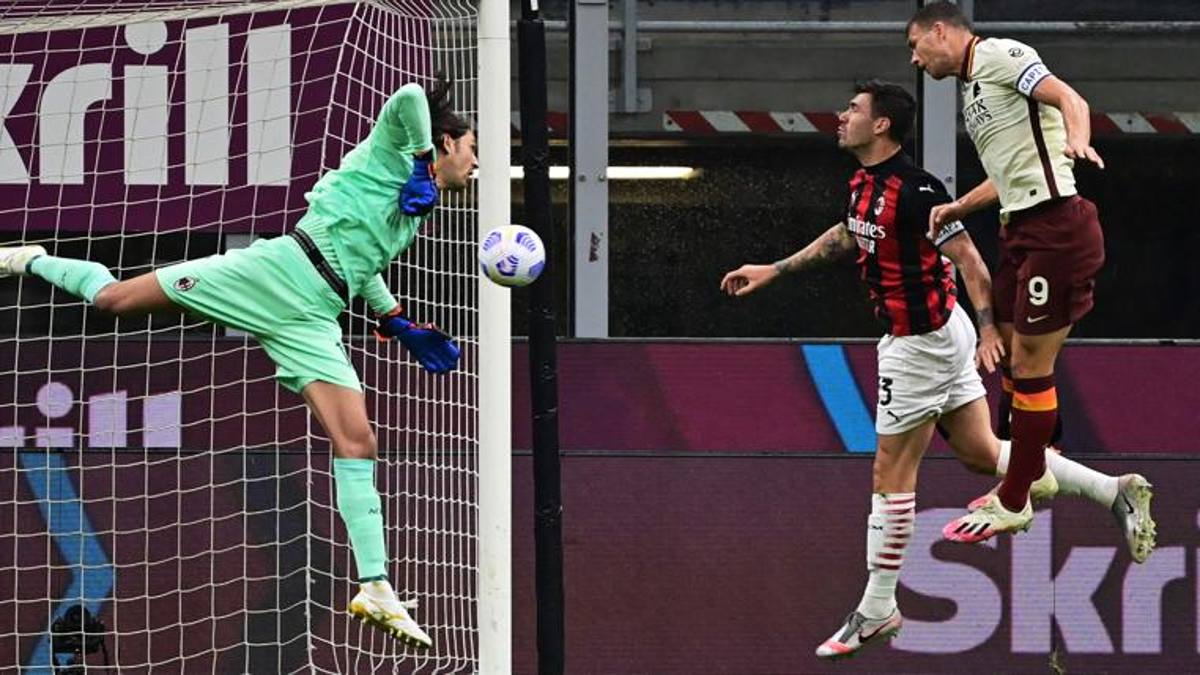 The Swede scores in the match’s first action

The chronicle in Milan-Rome, postponement of the fifth match day in Serie A:

Picture 32 Tatarusanu is on target, but fails

Very open play in this phase: Pellegrini goes to the shooting, Tatarusanu still not beautiful to see but this time effective.

Calha opens for Calabria, crosses in the middle read well by the Giallorossi defender.

Close touch on the defender on Ibrahimovic’s heel, we play.

23 Calha is right, Mirante is there

The goalkeeper was especially good at handling the return on the rain-soaked ground.

Interesting cross from Calabria from the right, Ibanez nodded towards a corner.

Nice raid from Karsdorp to the right, but the usual Kjaer is there to stop everyone. The former Atalanta defender is still very good.

Pellegrini’s corner, Tatarusanu comes out as bad as he could not and Dzeko equalizes with his head passing Romagnoli.

Milan is suffering a bit from Calabria, once again it is important for Atalanta to close.

9 ‘Dzeko closed in the end

Good initiative from former Juve to the left, well closed by Calabria.

Nice starting point from Leao who focuses and sends the depth to Ibrahimovic. Mirante does not come out, Kumbulla loses the Swede who takes Milan forward.

A past at Fiorentina, the starting point of the Romanian national team: so at the age of 34, Ciprian Tatarusanu arrived in the summer from Lyon to serve as vice-Gigio, after Reina’s departure, and took the place of Begovic. Without Donnarumma, Pioli puts him on tonight and Tatarusanu makes his debut with the Rossoneri jersey from 1 ‘at the San Siro.

Rome’s trip to the San Siro will also be a duel between Ibrahimovic and Dzeko. Four goals at 39 for the Swede, three goals at 34 for the Bosnians: “They are two attacking directors”, Stefano Pioli defined them at the press conference. And in the balance sheet for 2020, Ibra looks ahead: 14 times made in 20 matches (11 in 21 for Dzeko).

Today’s news at Rossoneri is really the positivity of Gigio Donnarumma and Jens Petter Hauge. Ciprian Tatarusanu will therefore go between the posts, while Pioli seems willing to confirm Saelemaekers and Rafa Leao and launch the recycled Hakan Calhanoglu on 1 ‘trucks (alternatively, Diaz would find space). By the way, place for the eleven who beat Inter in the derby.

At the press conference, Fonseca made it clear that there will be no Smalling: “He is not ready”. The good news for fans is Mancini’s last – minute recovery. Cristante on the bench, in his place Kumbulla (new from the goal in the Europa League) with a three-man defense.

Victory on Thursday in the Europa League for both teams: Milan beat Celtic in Glasgow 3-1, with goals from Krunic, Diaz and Hauge’s first goal for Rossoneri. Roma instead comes from 2-1 away to Bern at Young Boys: at a disadvantage, the boys from Fonseca have recovered thanks to Bruno Peres and Kumbulla.

Covid vaccine, when will it arrive? Goldman Sachs’ prediction

Pangs. European woman – Denmark-Italy 0-0. The blue ones tear up a very valuable point. The match report

Euromediashop, the website that comes from nowhere with the undeliverable PS5 and Xbox Series X at no cost. It’s reliable? The owner speaks

Como, argues with his wife and walks 450 km to calm his anger: found by police in Fano – TGCOM