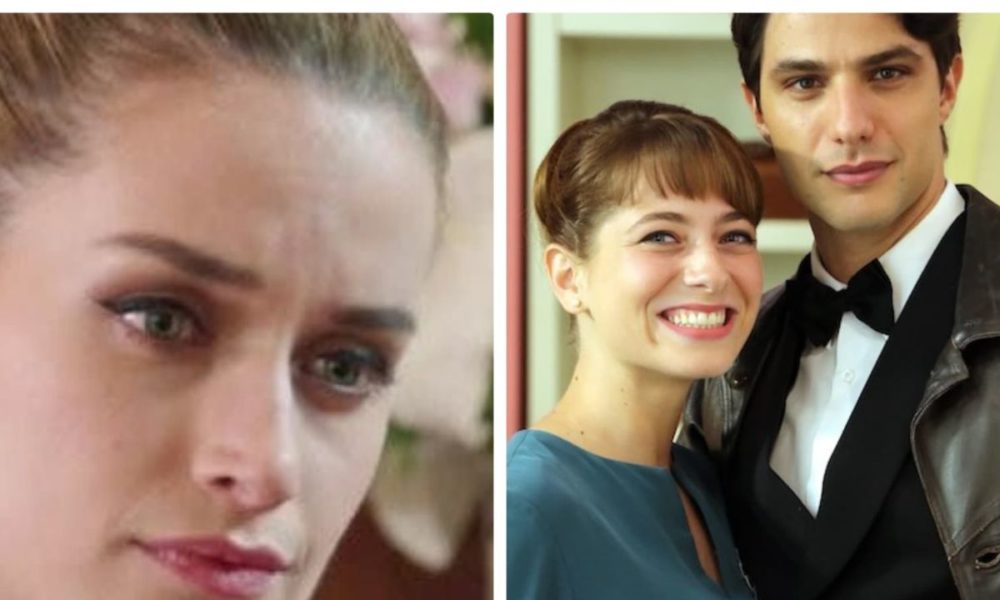 Twisting at the Milanese department store: Venus is forced to leave Bologna alone

Unexpected turn at Il Paradiso delle Signore. Marcello and Roberta merge because of Ludovica Brancia di Montalto. It is right, the heir’s return breaks one of the most beautiful couples and close to Rai Uno soap opera. It was clear for several days that Roberta would have left without Marcello: Pietro Masotti continues to act while Federica De Benedittis has been absent from the set for several weeks. The presence of Ludovica, played by Giulia Arena, is without a doubt a pleasant twist.

But what exactly is happening? As the previews of Il Paradiso delle Signore reveal, Marcello is forced to lie to Roberta because of Mantovano. The betrayal with Ludovica Brancia di Montalto it’s just a protection to save Venus’ life. It all starts with Ludovica’s return to Milan after the failed marriage to Riccardo Guarnieri. After the short time in Paris, Ludovica returns to Italy with the hope of being reunited with Guarnieri, with whom she is very attached.

Unexpectedly, Ludovica has a meeting with Marcello, hers former personal driver. Maybe not everyone remembers him but Marcello worked for a short time as a driver for the Brancia family. Work that he managed to get thanks to his sister Angela, then a waitress at the club. Marcello had a short time in Ludovica’s service: after hearing his mother Flavia speak ill of Angela and her way of working, the boy chose to resign and applied for a job in Cafeteria, which he then bought together with Salvatore afterwards. the death of the previous owner, Mrs Anita.

Returning to the present, Marcello is involved with Mantovano in one attempted robbery. Barbieri is forced because he still owes a large debt to the criminal. Armando’s help was not enough to cover the huge sum that Marcello has collected due to the game. Mantovano blackmails Marcello in the round: if he does not follow his orders, Roberta risks his life. Marcello continues to keep Roberta in the dark about everything and in the meantime manages to make the student the marriage proposal.

Meanwhile, Venus of the Ladies Paradise is arranging an evening in a restaurant in honor of Roberta and Marcello, but the latter does not show up. Roberta is looking for him and finds her boyfriend kissing Ludovica. Marcello is forced to simulate a betrayal to get an alibi regarding the attempted robbery with Mantovano. After a final confrontation with Marcello Roberta goes alone to Bologna, determined to forget everything.

The story between Marcello and Roberta therefore ends like this, between lies, fraud and false betrayal. Will there ever be justice for such cruelty? We find out just by living …

Go, Savio go! Vurchio flies to the finale of the “All Together Now” Pictures