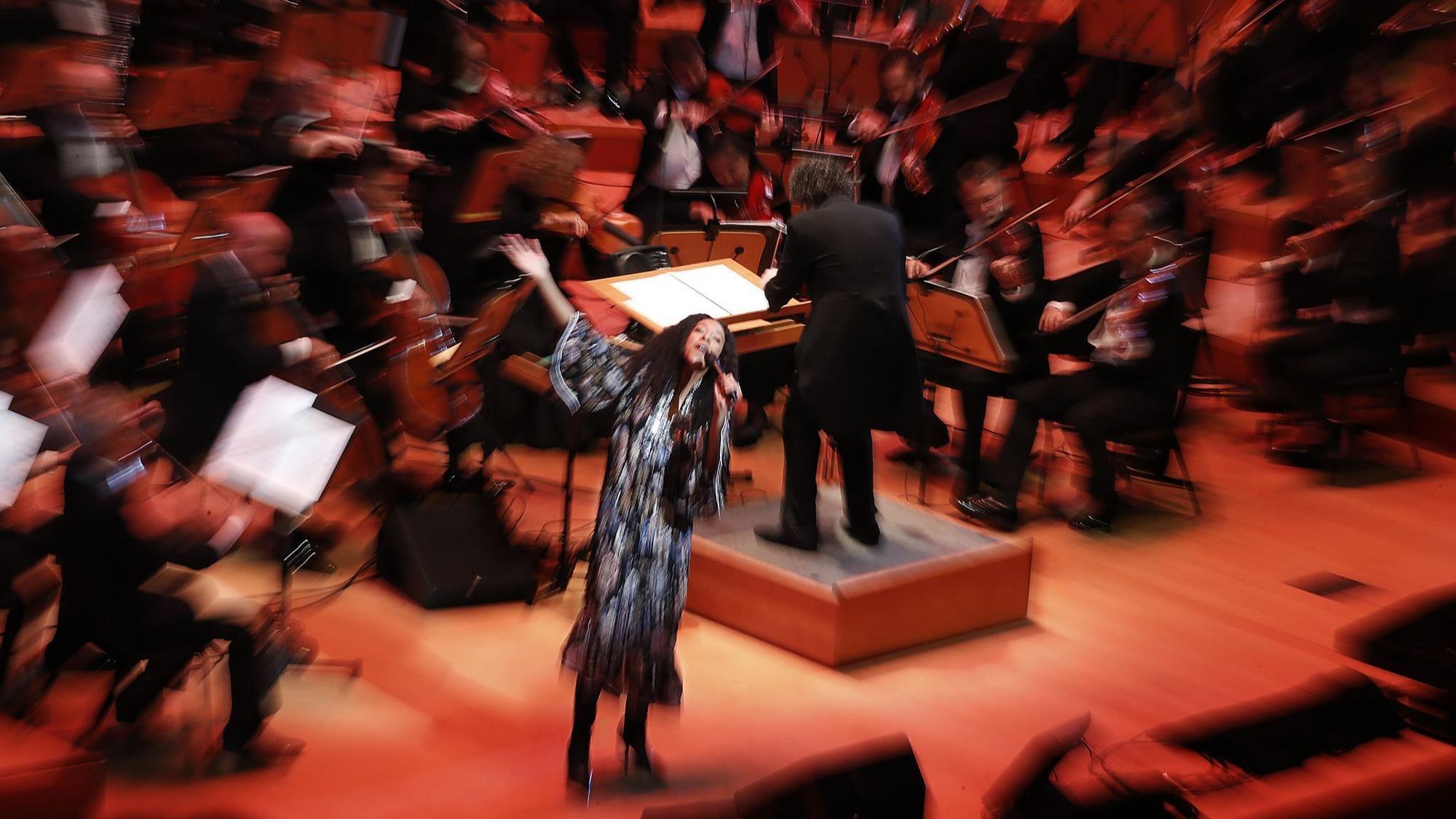 A few months ago, San Diego Old Globe launched an outdoor production of "The Tempest" as opener to its annual Shakespeare Festival.

Now, Balboa Park Theater has a hand in a very different, even larger scale "Tempest" that will blow into the city.

But not our city – Los Angeles.

The production is run by Susanna Mälkki, L.A. Phill's headmaster.

Why does a symphony orchestra work with Shakespeare games? Because the artistic answers to "The Tempest" through the centuries have been Jean Sibelius's extensive unintentional music to the game, written by the Finnish composer in 1925.

While a later condensed two-suite version of that music has often been performed by orchestras over the years, LA Phil returns to Sibelius's original, seldom performed work – and stables a full production of "The Tempest" along with It.

The reason for the partnership with Globen is the orchestra's ongoing celebration of its 100th season, for which it has accumulated many collaborations.

The cast also includes Grantham Coleman (Ferdinand), who took the lead in "Hamlet" on Globen in 2016; and the versatile San Diego-based actor Mark Pinter (Gonzalo), who has had many memorable turns around the city.

They are united by actor Michael Genet as Alonso; Screen and stage actor Ruy Iskandar like Sebastian; Mezzosopher Elizabeth DeShong, who shares Ariel's role with Malone; Broadway veteran Peter MacNicol (also of TV's "Ally McBeal" fame), who shares Stephan's role with the baritone Jarett Ott; Baritone Timothy Mix, who shares the role of Caliban with McGowan; and the movie and television star Cornell Womack as Antonio.

As Edelstein explained last month when production was in repetitions, the Globe partnership came with L.A. Phil after the orchestra's CEO a performance of 2016 "Hamlet" who recorded Coleman here.

"Then I called and said," Hi, it's our 100th anniversary, and we're doing all these crazy projects. One of the things we do is this Shakespeare series, and the next thing we're going to do is "The Tempest." Do you want to do it? ""

He would: Edelstein used to prepare for managing the piece for a year.

It is important to note that there is no symphony performance with a little Shakespeare labeled.

"We make a full production of" The Tempest "- the whole game," said Edelstein, a nationally famous Shakespeare director and researcher.

"The difference is that normally when I produce Shakespeare with live music, it's a composer I've ordered, and maybe two or three musicians.

"Here's an existing score from 1925 – and 120 musicians!" He said with a laugh. (To be more specific: There are 80 musicians in the orchestra plus a choir of 40, along with the actors and opera singers in the cast.)

"So it's a bit different in scale. Not to mention that it is performed in a concert hall rather than a theater. But in a fun way of repetition, I feel a lot like I'm in a normal repetition – do a Shakespeare games, as I know how to do.

"The wild card is the collaboration with the conductor and the orchestra. And so far, it has been a very wonderful educational experience for me."