Rafale Agreement: Govt sends documents on decision making to petitioners, claims that the deal was negotiated for a year 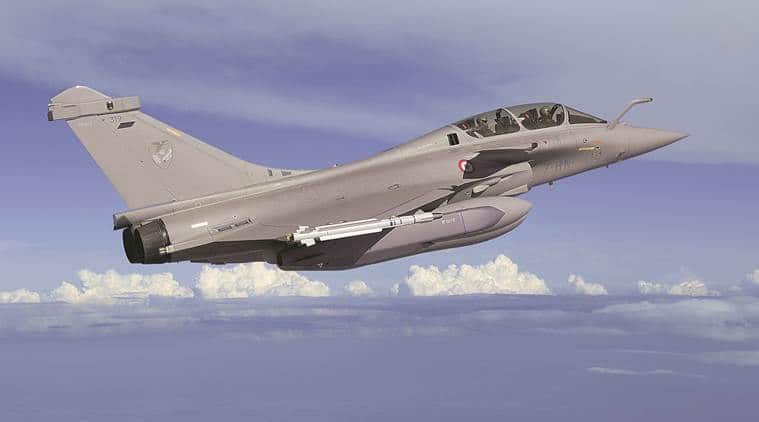 India signed an agreement with France for the purchase of 36 Rafale fighter aircraft in a flight-away state as part of the Indian Air Force Upgrade Process. (File Photo)

The Indian side negotiated with its French counterparts one year before signing the Rafale Agreement, a government document stating that petitioners challenged the procurement agreement with 36 Rafale fighter aircraft.

The document entitled "Details of the steps in the decision-making process that resulted in 36 Rafale aircraft ordered" stated that the Proceedings for Defense Procedures-2013 Process was followed by the procurement of the Rafale aircraft.

The government on Monday left the document to petitioners according to a Supreme Court direction on details of the decision to acquire the fighter aircraft. The process, established in the defense procurement procedure-2013, was followed by the procurement of Rafale aircraft, read the document according to PTI.

The document claims that approval of the Defense Council and the Security Board was also taken before the agreement was signed.

The Supreme Court had directed the government on 30 October to hand over the petitions to the other Union ministers Yashwant Sinha and Arun Shourie together with activist police Prashant Bhushan, details of the pricing of 36 Rafale aircraft purchased from France.

Two former trade union ministers and Bhushan have applied for registration of an FIR in the hunting jet agreement between India and France claiming "criminal misunderstanding" by senior government officials. The trio has also sought a direction to the CBI to investigate the crimes mentioned in their complaints in a "time-bound" manner and leave periodic status reports to the top line.

India signed an agreement with France for the purchase of 36 Rafale fighter aircraft in a flight-away state as part of the Indian Air Force Upgrade Process. The Rafale fighter is a twin engine multimotor power (MMRCA) manufactured by the French airline Dassault Aviation. The Indian Air Force had submitted a proposal to buy 126 aircraft in August 2007 and moved a tender. After that, an invitation was sent to different airlines to participate in the bidding process.

For all latest India News, download the Indian Express App