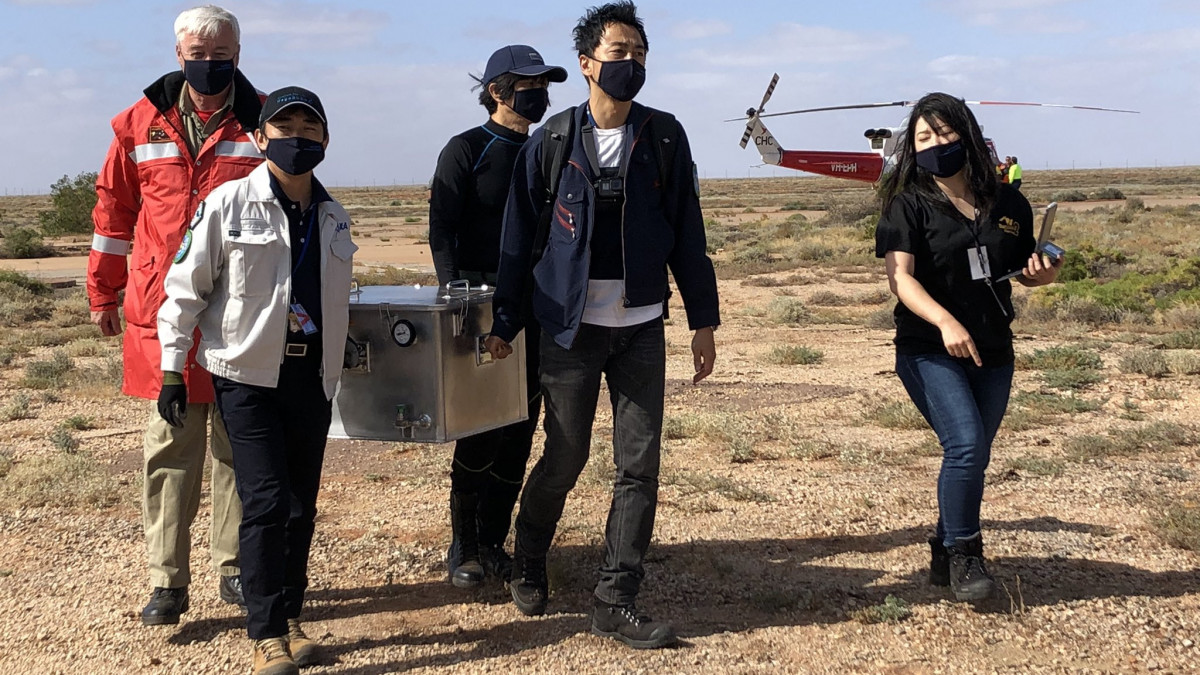 The capsule successfully detached from the spacecraft at an altitude of 220,000 kilometers from Earth and landed in the Australian desert on Saturday night, Central European time. After the space capsule landed in South Australia, they were able to pick up its radio signals from which it could be found, took a helicopter from the Woomera air base. said the Japanese space agency Jaxa.

The capsule in the Australian outback.

Fantastic images have been released from today’s discovery and recovery of # Hayabusa2 test capsule in the banned area of ​​Woomera, South Australia.

Josikava Makoto, project manager for the Hajabus-2 assignment, says that researchers are mainly feverish by analyzing organic material in the soil sample.

“Life on earth comes from organic matter, but we still do not know where it comes from. We hope that the details of the organic matter brought down by Hajabus-2 will provide information about the origin of the solar system and how life on earth evolved,” said Josikava. . .

With a valuable soil sample, the capsule, only 40 centimeters in diameter, became a fireball when it entered the Earth’s atmosphere and then opened a parachute at a height of about 10,000 meters.

The canister will be transported to Japan and will only be opened there to begin analyzing soil samples.

After the capsule was released, the Hairbus-2 spacecraft began to move away from Earth again to take pictures of the capsule. It then enters another asteroid “1998KY26” approaching Earth, which is planned to be reached in ten years.

If you were not in Coober Pedy to see it, we’ll take it to you! ☄️

Look at that # Hayabusa2 capsule fireball crosses the sky on its way to Woomera Prohibited Area. Thanks to @JAXA_en to capture this incredible #Place moment. @ haya2e_jaxa pic.twitter.com/L1cSA9Ep5z
– Australian Space Agency (@AusSpaceAgency) December 5, 2020