"Harakiri" from Basque Country and … soul from Fener! – Basketball – Euroleague

A good derby throughout the game, with Kalinic to achieve big baskets in the fourth period and Basque to make … character, as in the last few seconds and while the match was in 70-71 points, the three consecutive shots failed!

Turkey's top scorer was Datoe and Lovern with 16 and 15 points, while Kostas Sloukas had 9 points, 3 rebounds and 4 assists.

From the baskets, which fell to 2-4, Diop and Sengelia stood out with 17 and 15 points.

Together they went to Datoeam to bring the Turks forward (67-69), but Sengelia declared "present" for the new overrun (70-69), at 38 °. With 2/2 shots from Kalinic, Obradovic's team was in the lead (70-71) and after Bayonne failed three sets of three steps – and took two consecutive aggressive returns in the same phase – the guests were cool and won the final 72-74. 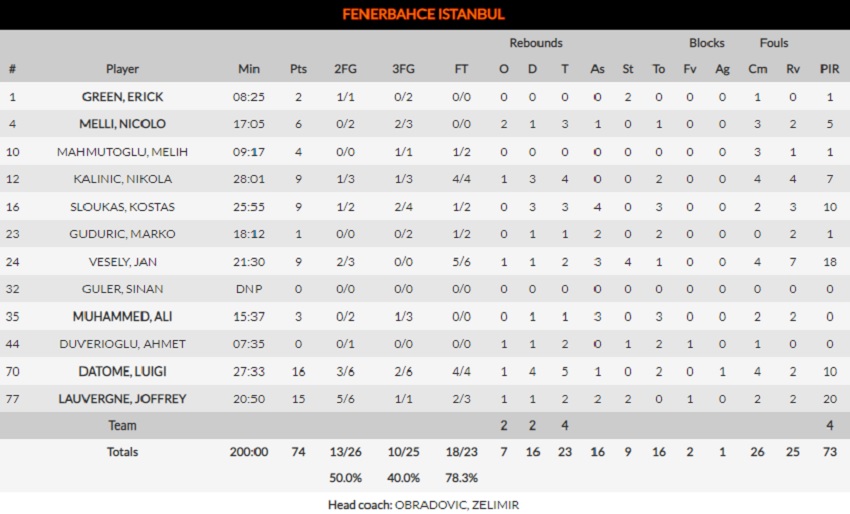