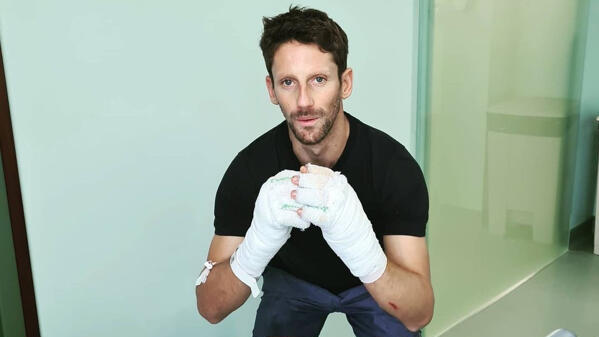 Toto Wolff has offered Romain Grosjean a test in a world champion Mercedes if the Haas driver can not fulfill his dream of a comeback at the season finale in Abu Dhabi in a week.

In the first and so far only media round since his fire accident, Grosjean declared that he would definitely want to run what will probably be the last race of his Formula 1 career if his injuries allow it: “It would be a wonderful story to go to Abu Dhabi “he says.

“If not, I’ll call every Formula 1 team and ask if anyone can give me a private test in January, just to do ten to 15 laps for me.”

For “Motorsport-Total.com” reason enough to ask the Mercedes team manager in his media video conference after qualifying for the Sachir Grand Prix if he could consider giving Grosjean a world champion Mercedes for this wish – an older model if needed for not to take away valuable time from the usual drivers during the winter tests in Barcelona.

Wolff’s response is surprising: “If it is allowed and if no one from the universe from the teams he drove for can offer him such an opportunity, we would do it.”

Grosjean has claimed 179 grand prix in his Formula 1 career so far. In 2009 he drove after Nelson Piquet jun. seven races for Renault. After a break, he did not return to the premiere class until 2012 with Lotus (emerged from Renault). At the end of 2015, he left Lotus for Haas.

But the American Haas team is one of the smallest competition teams in Formula 1. It is unclear whether it can gather resources to organize a private test especially for Grosjean. Mercedes, on the other hand, organizes such tests quite often. Previously, for example, Lance Stroll and Nikita Masepin sat in discarded silver arrows.

At present, however, Grosjean’s priority is to compete in the race in Abu Dhabi: “The right hand will be one hundred percent ready”, he is optimistic. “And the strength in the left is getting better and better, and I can move it better from day to day. But it’s still pretty swollen from the inflammation. It has to go back now.”