Scheuer is against the Autobosse economy 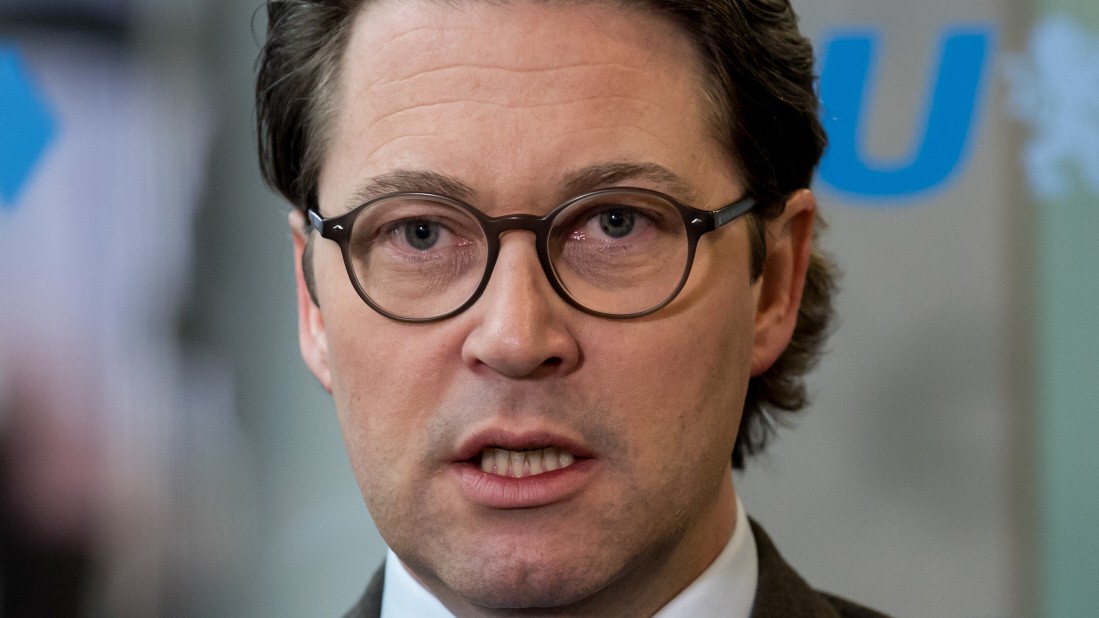 You would like to know what Andreas Scheuer thinks. The transport minister is in the first row in the big hall of the car association VDA. On the podium, Porsche boss Oliver Blume is on Tuesday night and is listening to tomorrow's mobility. For rent concepts, customers come every day with another Porsche, on various planned electric cars. About the fact that a power Porsche accelerates to hundreds of things in seconds, faster than most gasoline engines. Scheuer is listening to a solid appearance. Manipulation? Bans? Mounting? All the subjects that have just thrown the union into bitter ballots, they are not a problem in the appearance of the Porsche boss. For cutting, though.

None of the audience suspects that the whole room will know what the annoyed minister thinks about this kind of communication. Perhaps, even the minister himself does not know about it. About 100 automanagers, lobbyists and politicians have arrived at the VDA tonight. A small circle of professionals. We serve snacks and drinks. The atmosphere is politely limited. At least until the transport minister enters the little stage a little later and accelerates quite quickly from zero to one hundred. Maybe even faster than a Porsche. Tomorrow's mobility is nice and good, Scheuer uses high and rough for a probably unique rant. But he could not forget what happened earlier. "I'm very angry," barks CSU politicians.

Why do listeners listen too? "You have a lot to retrieve to regain confidence and image," he calls the leaders present. Germany was once proud of its technology and its car developer. Past. Point. Now the industry has "damn what to do". Companies would have to move in retrofit for private cars, "said Scheuer. "We have to renegotiate it." In addition to German, this applies mainly to foreign manufacturers. "They do not participate so far," said Scheuer.

Not only because of the untouched choice of words, there is a murmur in the evening. Many listeners can hardly believe that a German transport minister so ruthlessly settles with the largest industry in the country. The industry representatives also worried how heavily Scheuer suddenly called for retrofitting, which he rejected a few weeks ago – before the devastating election results in Bavaria and Hesse for the coalition.

Scheuer suspects he surprised the bosses with his speech, because he also explains why he thinks about it. He had been against retrofit for a long time. But now there is another decision of the great coalition. And he wants to implement it. The political framework is just like it. Especially since the Germans had ventured their anger in the election.

On Thursday, the managers must go to the summit of the Ministry of Transport

The managers should have become clear right now, what is expected this Thursday. Currently, Scheuer quoted the VDA boss Bernhard Mattes and the three managers Daimler, BMW and VW for the retrofitting meeting in the Ministry of Transport. So far, the industry has resisted with all the strength to bear the full cost of retrofitting in poor air conditioners. In the worst case, millions of car owners threatened – and the coalition became even greater dissatisfaction with voters.

It is still doubtful if industry really comes in on Thursday. On Tuesday, Porsche CEO Blume will have no choice but to at least verbally. "We have a responsibility to fix this matter," Blume says.

Although Porsche has not developed any diesel engines in itself, the group was a buyer of engines from the sister company Audi, which had allowed exhaust gas cleaning. The public prosecutor's office in Stuttgart therefore also investigates Porsche employees. The Group rejects claims. A few weeks ago, Porsche announced that it was completely out of diesel technology. What does the future look like? From 2025, Porsche will probably sell half of its cars as electric cars. The change is probably just a matter of time.