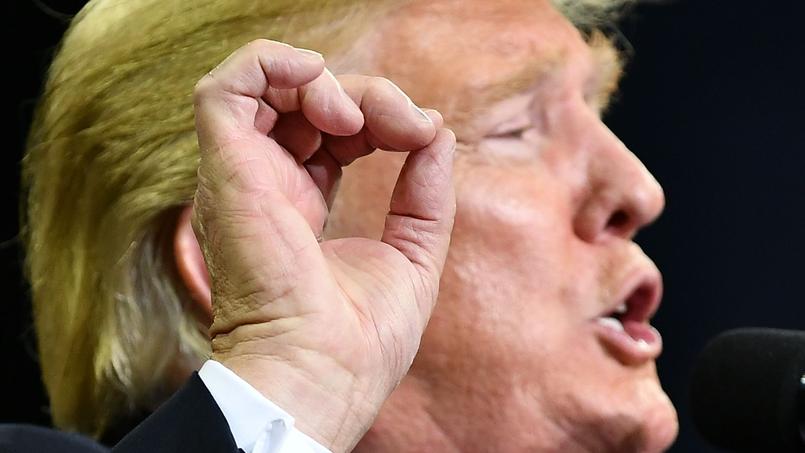 Donald Trump Tuesday threatened to "remove all subsidies" granted to the manufacturer General Motors, who angered the US president by announcing that thousands of industrial jobs were removed in politically important states.

Donald Trump has not been in the hook since Monday's announcement of the first US machine to cut thousands of jobs in Ohio, Michigan and Maryland. "Very disappointed by General Motors," tweeted the president. "The United States has saved General Motors, and here are the THATS we have! We look at removing all subsidies, including electric cars," he added.

The country's largest automaker said in a statement that the restructuring was a way to preserve the future of "retaining and growing US jobs." He also recalls investing $ 22 billion in production in the US since 2009 and bailout funded by the US taxpayer. "We estimate the measures for this administration on behalf of industry to improve the competitiveness of US industry," adds the company as an olive branch.

General Motors announced Monday a serious weight loss cure, with thousands of work reductions, justifying the announcement of the need to be more competitive in an industry in full revolution. In total, GM will eliminate 15% of the Group's work in 2019 by discontinuing production in seven locations: one in Canada, four in the US and two outside North America.

It is about saving $ 6 billion by the end of 2020. Some twelve to 13,000 jobs – which GM did not bother – appears only in the United States in areas where repeated crashes of the car have already damaged. "The actions we take today make it possible for us to continue our transformation to be more flexible, resilient and profitable," said CEO Mary Barra, who focuses on the electric car, autonomous and connected vehicle, but also on more classic vehicles like pickup and SUV, which Americans prefer far to sedans. Ford has also chosen to focus its efforts on these vehicles that can achieve better margins.

Under the criticism of both the President and the Democratic Opposition, including leader of Sen. Chuck Schumer, who spoke of "a blow in the stomach of workers in Ohio, Michigan and Maryland," GM denied that he moved to China the models he abandoned manufacturing in the United States to reimport them. The group also pointed out that there was still a great deal of presence in Ohio, not only in terms of direct jobs but also work for hundreds of subcontractors.

The announcement by General Motors is bad because the Group currently accounts for a solid profit (SEK 2.53 billion in the third quarter). These results, published on October 31, had pleasing Wall Street, especially since GM had stated that it had managed to raise the average price of its cars in North America, especially in the United States where sales declined by 11% to 694,638 units in the third quarter. But the giant Detroit has improved margins, an average price of a vehicle, including large cars (pickup, city SUV and crossovers), which has increased $ 800 over a year to $ 36,000. On average, it's $ 4,000 more than the competition price, says GM. Demand was particularly high for the Chevrolet Silverado pickup and Denali SUV.