Francis Lai, composer of the music "A Man and a Woman", is dead 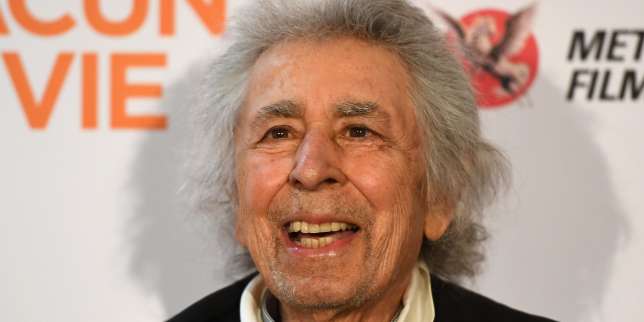 Who did not humiliate "Chabadabada" the most famous French cinema? The composer and musician Francis Lai, behind this flagship movie Claude Lelouch, A man and a woman, however, at 86, the mayor of Nice announced Wednesday 7 November.

Born in Nice, this amateur game and piano made his first step with the poet and the singer Bernard Dimey, with whom he wrote songs to the gratin of the time. He wrote some of the greatest hits on the French song and composed as much to Edith Piaf (Berlin Man), Dalida or Juliette Greco, for Philippe Léotard, Yves Montant (The cycle) and Nicole Martin (Good evening Tristesse)

But it's especially his collaboration with director Claude Lelouch that made him come into the legend. First with the success of A man and a woman, crowned with a Palme d 'Or in 1966. The film's mythical theme, sung by Nicole Croisille, was taken over 200 times. Co-operation between the two men continues, and in 1970, Francis Lai Oscar won the best film music for his work on love story. The theme Where do I start? performed by Andy Williams immediately taken over by Mireille Mathieu (A Love Story).

Faith, the composer continued to work with Claude Lelouch throughout his career and plan on the soundtrack of his latest film, planned for theaters in 2019, The most beautiful years – after the cool movie A man and a woman.

Less famous but equally popular, Francis Lai also worked on the sound of FR3, at ORTF's time. He composed the credits of the show "Les Etoiles du cinéma".

"His melodies had a crazy charm"

"It's very sad to learn about Francis Lai's death, this great composer from Nice", writes Christian Estrosi and says that the city of Nice should pay homage to him: "I will soon suggest that his family give their name to a symbolic place for our city."

On Twitter, the former president of the Cannes Film Festival Gilles Jacob greeted him:

"Hi sadness: that's how to say it. He will not write any more points. His melodies had a crazy charm, and he!"