Sources in the delegation: Preliminary indicators in the election of the highest Commission in favor of the Abu Flat list 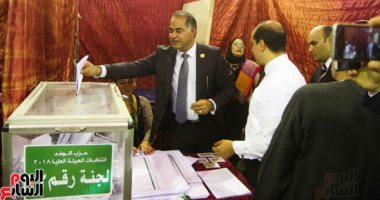 Sources from the bill of voting for the election of Wafdal's highest commission, that the preliminary indications on the bill of vote came to support the list of advisors Bahaa Abu-Hzukh Party.

The committee that monitored the election to the Wafd Party closed its doors at 8:00 on receipt of new voters.

The election of the committee to the Wafd Party began at 8:00 on Friday at the party headquarters under the supervision of the Human Rights Council for Human Rights in 30 subcommittees in connection with the intensive attendance of members of the Wafd Organization .