Ramadan Sobhi: I do not buy money. Even though my family wants me, I do not want me in 7 months 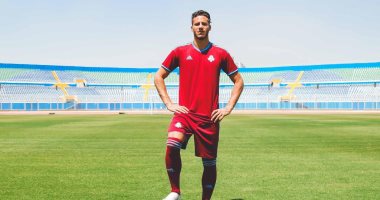 Ramadan Sobhi confirmed that he did not search for the material during his departure from Al-Ahly to the pyramids and said in television statements to the program “Al-Hekaya” presented by the media, Amr Adeeb: “I want someone to believe me. That means not that the offer of the pyramids was greater that I agreed to, if a man sold a material I would have continued. ” In England I used to get more money from Al-Ahly, and I could have gone to another team and played, if I thought of money I would have thought of Badri. “

Sobhi added: “If Al-Ahly wanted to be saved, he would have ended with Badri, he could not leave Ramadan until month 7 and it would be a controversy. The idea of ​​Al-Ahly officials is based on this issue. The club wanted that I would only complete Africa and the league, but when they knew they would buy me, the situation changed to the last time “.

Ramadan Sobhi concluded: “I appreciate the anger of the masses very much, Al-Ahly and its fans are the ones who made the name Ramadan Sobhi, and belonging is in my heart and will not change, but I do not like the lack of clarity, the general atmosphere that happened to me was not correct to happen to me, there are things I will not tell Al-Ahly Kheereh Ali, some used to release pictures to keep in shape in front of the audience. “

On the other hand, Ramadan Sobhi will compete with Mahmoud Kahraba and Taher Mohamed Taher in the next national team camp, and in case he performs at a good level he will continue with the senior pharaohs and fly to Togo with the national team to meet him in the other the match, but if he is affected by his absence from the matches, he will be assigned to the Olympic team Who will play two friendly matches on 13 and 16 November.

It is noteworthy that Hossam El-Badry decided to include 5 players from the Olympic team against Togo, namely Ramadan Sobhi, Mustafa Muhammad, Akram Tawfiq, Taher Muhammad Taher and Ahmed Abul Fotouh.

Video: Dr. Kholoud arouses controversy in the operating room after receiving a rhinoplasty

A technical error in the Facebook chat … The company comments: We are working to fix it as soon as possible

Player Abdul Razzaq Hamdallah arouses controversy with a strange event in front of his father .. Watch

Link to download the Korean PUBG MOBILE KR game, the latest version of season 16 after update 0.10.0 via the uptodown website