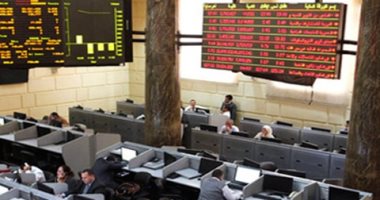 The Egyptian Stock Exchange (EGX) was diversified during the trading session on Thursday, 22-11-2018. The most prominent among them was the end of the Egyptian stock market indexes, the Thursday session, the end of the week sessions, the collective decline of all indicators driven by selling pressures from Arab and foreign retailers.

Palm Hills Development Company has announced that the second phase of the capital increase will be open from November 25, 2018 to November 29, on the remaining 148.4 million shares. If the intangible market is not covered by this stage, By shares.

During the first nine months of 2018, Palm Hills Development Company reported an increase of 5.6 billion ECU compared with 4.7 billion EGP in 2017 and amounted to 640.21 million compared to 466.9 million in the comparable period 2017, with Consideration of minority rights increased by 37% year by year.

The Egyptian Stock Exchange (EGX) indices were closed at the end of Thursday's session, led by sales pressures from Arab and foreign dealers. Market value decreased by 30.6 billion ECU to close to 763.645 billion ETP. With a capital of LE 28 billion.

The Egyptian Stock Exchange said yesterday it was decided to open the transaction market to offer the mandatory acquisition of Poly Surf Fertilizers and Chemicals on Egypt's fertilizers and chemicals from 21 November to 18 December 2018.