1000 withdrawals for the promotion of agricultural products at discounted prices 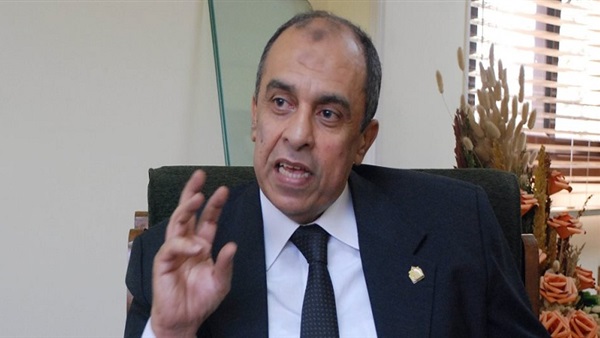 Minister for Agriculture and Land Reclamation, Dr Ezzeddine Abou Setit, commended the Reform Initiative by awarding 1,000 sales outlets to market low-priced food and agricultural products at the federal headquarters at the Republic's level, This contributes to the reduction of intermediate rings.

He added that during the meeting of the Board of the General Assembly for Agricultural Reform, those villages where there is no headquarters for the agricultural reform to create a distribution port to alleviate the suffering of the citizens point out that the greater the number of outlets there are more links between producer and consumer, on citizens.

Abu Sitit said that this project emphasizes the importance of the role of cooperative society in community service and must be linked to implementation plans and timetables so as to arrive as soon as possible and require a close meeting between members of the Assembly to hear views on performance performance and maximize interest rates.

He pointed out that they are responsible for a large sector serving Egypt, and there is a need to utilize all available opportunities and capital to drive the development of agricultural production to serve Egyptian society as a whole.

Abu Setit emphasized the need to expand investments in poultry, livestock and fish to provide protein at reduced prices.

The head of the Government Agency for Agronomic Reform, Hassan Al-Fuli, said there are directives from the Agriculture Minister that the body is transformed into an important economic entity in addition to its services. He pointed to the project of 100,000 animals of bovine feed, including 50,000 people on two courses and 50,000 young beneficiaries. So the family has 2 to 3 heads to guarantee the user's possession.

The head of the Public Reform Agency said the government had made a profit of 800 million pounds this year.

For its part, Majdi Shraki, President of the General Assembly for Agronomic Reform, reviewed the association's profits this year, which exceeded £ 38 million, currently developing projects in the provinces reaching up to a billion pounds.

He added that the association works with the Ministry of Agriculture to achieve the state's goals in development and take care of farmers' interests.