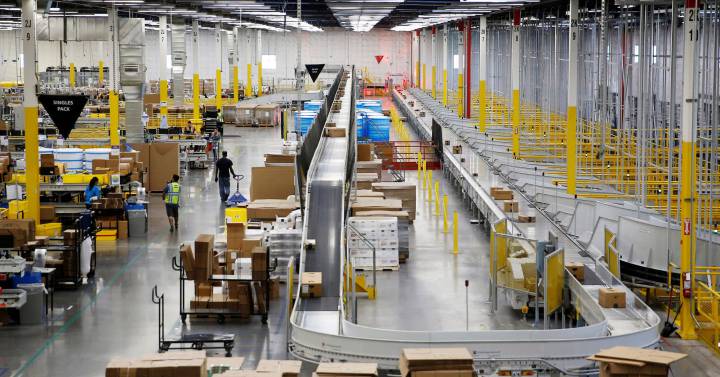 24 years ago, many investors took the decision about their lives. For $ 50,000 each, they got a total of 20% from an then unknown company called Cadabra Inc. The name should not offer much future, even the lawyer responsible for registering it was about to register as Cadaver Inc. Today, the company has a capitalization that It's worth a billion dollars and the founder has been the richest man in the world since the beginning of 2018. We feel like Amazon.com.

Amazon is an unrivaled phenomenon in trade history and its magnitudes are of an extraordinary order. With a share of 49% of all US online retailers – more than their next nine competitors together – it takes one of the two dollars Americans spend on the internet.

The Seattle company leads many product categories and grows ruthlessly to others. Nobody is surprised that today is the undisputed leader in the book industry, where it controls about 80% of the online print shop and about 90% of all books sold in the country. It is less known that it sells 97% of the batteries and 94% of the electronic household products.

Amazon has incorporated various product lines and today has more than 132 million references in its virtual store configuration. This is an area where it does not stop expanding its reach, it also competes against its own suppliers. It is said that when a new category exceeds 20% of online penetration, an alarm sounds on 410 Terry Norte Avenue, where Bezos has its offices: it's the signal for Amazone's oiled machines to launch to dominate that segment.

Behind the retail is an empire forged on solid pillars. Amazon is a dominant player in key services associated with Internet infrastructure, such as logistics or cloud storage. The company is projecting against other relevant companies to consolidate its influence: entertainment, package service or payment is a good example.

Nothing does not release the electronic giant's appetite and Mr. Bezos himself: Do you want a movie? Amazon has them and other Bezos companies producing them. Do you want to eat lobster? Do not worry, Amazon gives it home frozen. Do you prefer it fresh? You can find it in Whole Foods, the chain of supermarkets acquired by Bezos. Do you dream about traveling to space? You can do it a day with BlueOrigin. Would you buy Amazon designer underwear? Do not answer yet: Amazon is investing in the white label and plans to manufacture its own product.

Has Amazon become too big? Start voices against omnipresence by Amazon. Some claim that Seattle's current sovereignty actually makes it a monopoly, which has made it possible to apply anti-competitive practices for years. President Donald Trump himself – his aversion to Bezos is well-known – has published several controversial tweets in this regard.

Amazon is accused of selling at a loss and buying competitors to take them out of the market. They question their negotiation methods with suppliers, publishers or independent authors. Its entrance is afraid of sectors such as banking or pharmaceutical distribution.

Is Amazon a monopoly? In the United States, a monopoly is one that changes competition to the detriment of consumer interests. This does not seem to be the case with Amazon. Without a doubt, Bezos companies use the advantage of violence over their millions of suppliers, but it does not seem much different than Walmart has done for decades. In sectors like the automotive industry, with just over a dozen manufacturers, it is also difficult to adhere to the supply chain rules. Concentration and power are not synonymous with monopoly. Darwinian competition either.

Will we see the Amazon becoming the next standard oil? It depends on the steps taken by the company, how you want to interpret it (Is Amazon's suppliers also your customers?) And how invasive is your growth. Currently, e-commerce accounts for up to 9% of total US trade. It is a relevant and growing part, but not enough to justify the fragmentation of the company.

It is true that Amazon is a relentless money machine, but it also represents a driving force for trade and employment. According to the US Department of Commerce, more than 30% of US retail sales (online and offline) were due to Seattle in 2016. The company employs over half a million people around the world, ranking among the largest generators of employment wherever it is implanted. With these tasks, who dare to mess the cat?

It is curious that he is the promoter of America Grande Otra Vez, which more visibly has fed Amazon to the antitrust trainer. Globally, other major retailers like Alibaba or JD.com also compete for the market from dominant position.

In the current context of trade war between powers, it is hard to imagine that US politics expands a red carpet for other Chinese Amazons to sneak into the back. It will take a lot of trump to say "it's a monopoly, but it's our monopoly"?

Pedro Nueno is a management partner for InterBen