After being exposed to media, the foundry announced that it would recycle honey as raw materials and manipulate with the completed honey production date, Tong Ren Tang (600085, SH) announced on 16 December that the subsidiary Beijing Tongrentang Bee Industry Co., Ltd. (hereinafter referred to as "Tongrentang Bee Industry") The commissioned foundry Yancheng Golden Bee Food Technology Co., Ltd. (hereinafter Yancheng Golden Bee) is responsible for poor supervision and supervision, but says that the products have not entered the market.

It is worth noting that this is not the first time that "Tongrentang" brand honey has a suspected quality problem. In 2016, a certain rate of Manuka Honey was tested by the "Tongrentang" trademark of the third-party psychiatric testing agency suspected of fraud.

Experts participating in food safety research reported to the Daily Economic News reporter that according to the OEM Model for Food (Trademark Manufacturing Co-operation, commonly known as "OEM"), the brand should strengthen its oversight, as the production of the product could not be controlled throughout the process. In your hands there is a certain amount of security mutations.

Doubt "load old with the old" and disclose the quality issue

On the evening of December 15, the "Nanjing Zero Distance" column in Jiangsu Radio and the TV station's city channel released a video on Sina Weibo, revealing a large number of violations when Tongcheng Golden Bee, the ordered producer of Tongrentang Honey, produced honey in Tongrentang.

In the video, Yancheng Golden Bee recovers a large number of discharges, almost honey was poured into a large barrel, and its staff said that these "honey honey" will be returned to the beekeeper to feed bina but in fact, this recycled honey was sent to the factory raw materials library . Yancheng Binhai County's Market Monitoring Department said it has been found that Yancheng Golden Bee has been there as many times. The company has also previously manipulated with the Tongrentang honey production date. The local market surveillance department has conducted further studies on where and absence of honey, and the Food and Drug Monitoring Department in Daxing District of Beijing also went to Tongrentang Beekeeping to conduct investigations. 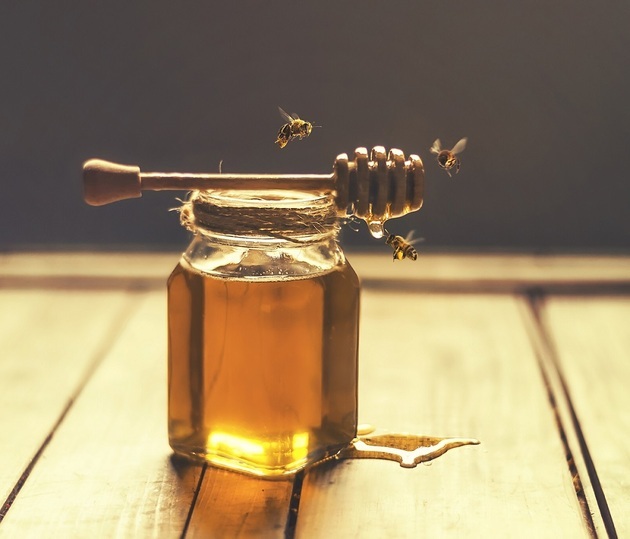 On the morning of December 16, the client issued to Yancheng Golden Bee, Tongrentang Bee Industry, an apology statement on the official WeChat public account of the company, saying that the company had signed a return treatment with Yancheng Golden Bee. Related contracts. The company clearly states in the contract that the "cleaned honey can only be used for beekeeping bases to feed bees and no other use except this."

Tongrentang Bee Industry said that it has not been found that recycled honey enters the commodity product for production. For the behavior of changing the label date mentioned in the report, the preliminary investigation was that when the labels for different production addresses were converted, the management and use of the labels were incorrect and the products concerned were all sealed and did not flow to the market.

In the evening of the 16th, Tong Ren Tang also acknowledged in the announcement that Tong Ren Tang Bee Industry was responsible for poor supervision and supervision in the process of transferring production. However, it is worth noting that this is not the first time that "Tongrentang" brand honey has been exposed to suspected quality issues.

In 2016, a batch of Manuka honey in Tongrentang was tested by a leading third party testing agency for syrup. This darling is not produced by the company under the Tong Ren Tang group system, but imported from New Zealand partner. Currently, only the official website of Beijing Tongrentang Health Pharmaceutical Co., Ltd. (hereinafter referred to as Tongrentang Health), a product introduction of Tongrentang Manuka Honey. There is no purchase link for this product on major e-commerce platforms.

Tongrentang ape products are off the shelf

"Daily Economic News" reporter noted that Yancheng Golden Bee is a key project of Yancheng Binhai County, with the ability to produce more than 5,000 tons of honey series food per year. On the evening of December 16, the reporter found that the Tongrentang honey product, sold by Yancheng Golden Bee in the morning, had already been sold.

An expert on food safety research told the daily economic news that the food OEM model had a certain degree of safety hassle because the product's production could not be controlled in the hands of the customer. He believes that when companies are looking for profits there is a possibility of lowering production quality. In the foundry model, the foundry's profit is weaker, and it is necessary to strengthen supervision.

"The contract is just one aspect, and daily supervision is very necessary." The above experts said that OEM production must strictly apply national food safety standards, and secondly, the trust party must strengthen the management. "It must be the brand. Responsibility, brand is an intangible asset."