On December 18th, the 40th anniversary of the reform and opening of Beijing was held. The image shows the Secretary-General of the CPC Central Committee, the Head of State and the President of the Central Military Commission, Xi Jinping, who presented the prize to the representatives of the reform pioneers. China News Service reporter Sheng Jiapeng photo

40th anniversary of the celebration of reforms and opening held in China on the 18th attracted great attention from the world. General Secretary of the CPC Central Committee, Head of State and Chairman of the Central Military Commission Xi Jinping made a new mobilization of the reform and opened by hiring history. At the same time, he also used this opportunity to react to the high concern China's future direction, confirming China's determination to implement reforms and open up and deliver a solid "China's expectations" to the world.

On December 18th, the 40th anniversary of the reform and opening of Beijing was held. General Secretary of the CPC Central Committee, Head of State and Chairman of the Central Military Commission Xi Jinping delivered an important speech at the meeting. China News Service reporter Sheng Jiapeng photo

This year marks the 40th anniversary of China's reform and opening. "The memory of autumn" is almost an implied motive for China's great initiative throughout the year.

The best memory of history is to create a new story. Therefore, this year is also a year in which China has intensively launched various reforms and launched measures, with emphasis on implementation and monitoring.

During the past year, Xi Jinping continued to announce the in-depth reform and open at major domestic and international occasions, such as the Boao Forum for Asia's Annual Meeting, the SCO Qingdao Summit, China-China Co-operation Summit in China, First China International Import Expo, APEC Summit and G20 summit. At the 40th anniversary of the celebration of reforms and opening on the 18th, Xi Jinping delivered an important speech, which was considered the most comprehensive and important political message on reform and opening this year.

In his speech on the 18th, Xi Jinping will set up the Communist Party of China, establish the People's Republic of China, promote reform and opening and socialism with Chinese characteristics, calling it "three key milestones to realize the great rejuvenation of the Chinese nation in modern times" and make an unprecedented evaluation of reforms and opening up.

On December 18th, the 40th anniversary of the reform and opening of Beijing was held. China News Service reporter Sheng Jiapeng photo

"Relief Operation" clarifies that the reform and opening are only "ongoing"

China has been a miracle during the 40-year period from the national economy's reach to the middle of the world's second largest economy. The world's reforms and the opening of China are also expected to be at the same time.

On March 17, Xi Jinping summarized the valuable experience of reforms and opened with ten "always adhere to" and explained how to proceed with the next reform and open up with nine "must insist" which complies with the basic strategy proposed by China's communist Party 19th National Congress. To respond to showing the CCP's confidence and determination in its own way. 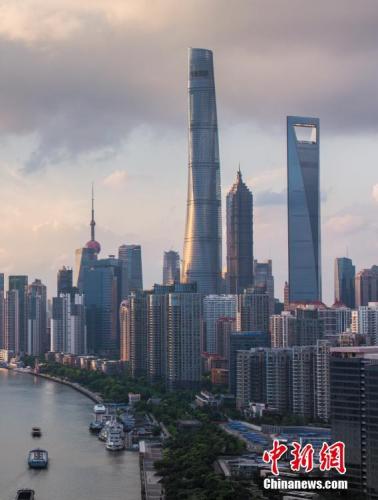 Xi Jinping also used the "relay movement" as a metaphor to mobilize the reform and open. "A stick and a stick are about to let go, every generation must have a good result for the next generation", reflecting the historical responsibility of the CCP's top management. It shows that the reform and opening of the CCP is a continuous movement, only "when it is in progress" and there is no "time to complete".

On December 18th, the 40th anniversary of the reform and opening of Beijing was held. The image shows the Secretary-General of the CPC Central Committee, the Head of State and the President of the Central Military Commission Xi Jinping, which assigns the Republic of China's representatives to the reform of the Friendship and Friendship Award. China News Service reporter Sheng Jiapeng photo

In conjunction with the 40th anniversary of China's reform and opening, China is also facing a unprecedented complex external environment and enormous external pressure. This year, China has maintained its determination and patience in its handling of external changes and always takes constructivity as its ultimate focus. Behind this is China's strong confidence in the world's multipolarization and economic globalization. Perhaps, as the German media said, the trade franchise launched by the United States "A Stress Test against China" in connection with 40 years of reform and opening. China's ability to adapt in the future will be stronger.

In his speech to celebrate the conference, Xi Jinping said that the exercise of 40 years of reform and opening has inspired us: openness is making progress, and closure is bound to lie behind. He stressed that it is necessary to continue to expand openness and constantly promote the construction of a society of human destiny. China's development can not be separated from the world, and the world's prosperity also needs China. This can be seen as a confirmation of the "world overview" of China and the world dependent on each other and facing each other.

The celebration specifically presented the China Reform Friendship Medal to 10 foreign friends to thank the international community for their support and assistance to China's reform and opening. This is considered a special arrangement for China to thank the world through reforms and open for 40 years. It is also a manifestation of China's continued embrace of the world and its full confidence and goodwill toward the world.

In his speech, Xi Jinping solemnly promised that China will never develop at the expense of other countries' interests and never give up its legitimate rights and interests. China is pursuing a defensive national defense policy, and China's development is not a threat to any country. No matter how far China develops, it will never seek hegemony. This clearly describes the image of China's distinguished builders in the world.

History's memory of a particular node has clearly received a strong hope for reform. As Xi Jinping confided in the 2018 New Year announcement, "To celebrate the 40th anniversary of reform and opening, we open the road on the mountain and break the water and carry on the reform to the end."

But at the same time, this hardness is an assignment to respond to external problems and solve external doubts in a big sense. With a party meeting, Xi Jinping conveyed a strong signal of China's firm, stable and adherent reform and opening, injecting some "China's expectations" into a world of uncertainty. (Final)