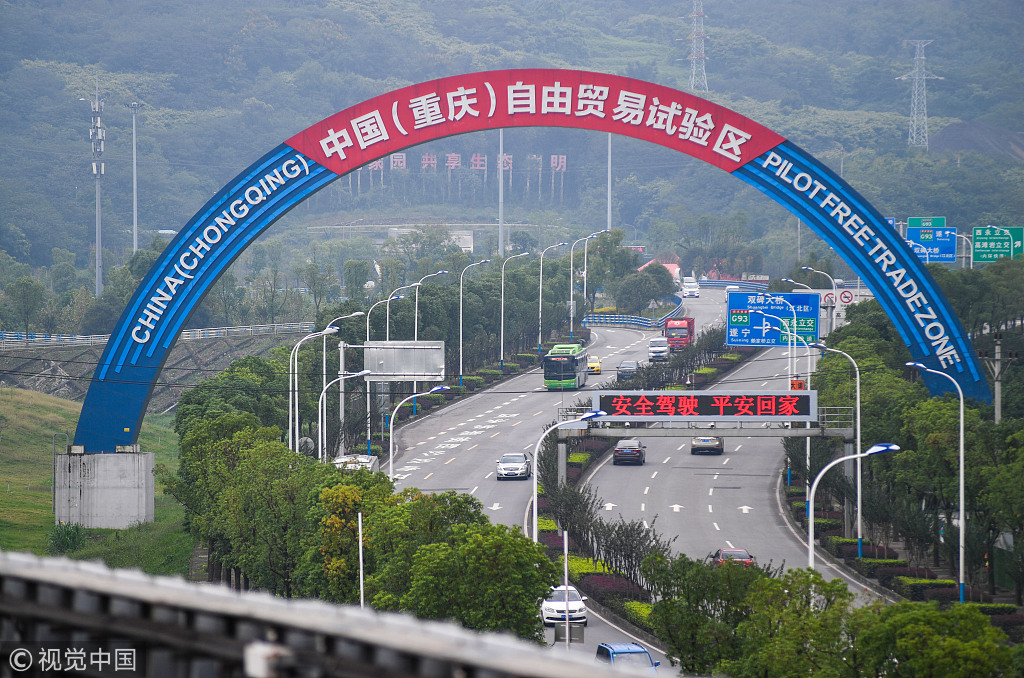 Original title: 12 measures to support economic innovation in the free trade zone. Focus on promoting cross-border use of RMB

Beijing News (Reporter Gu Zhijuan) On November 23, the Government issued the "Communication to support the measures to deepen reform and innovation in the Free Trade Pilot Zone" (hereinafter "Notice"), from creating a good investment environment and improving the level of trade facilitation. Promote economic innovation to serve the real economy, deepen the staff area and try to improve the reform and innovation of the free trade pilot area.

Among the above-mentioned communications, there are 12 measures that include financial innovation covering insurance, banks, securities, funds and other industries, primarily to promote trade facilitation and provide financial support for the Pilot Free Trade Zone reform.

Wang Youxin, a researcher at the Bank of China International Finance Institute, told Beijing News that these measures are of great importance for promoting cross-border use of renminbi. There are many bright spots. To allow qualified methodbank to perform RMB and derivative activities directly expands market players and does not provide the principle of real demand in the document, which means that trading in currency derivatives in the free trade area is fully covered. It covers both current and capital projects, as long as it is legally compatible and risks are controllable.

Previously, domestic banks' management of RMB derivative activities for overseas institutions has been liberalized in the Shanghai Free Trade Zone. In December 2015, the state administration of the Ministry of Foreign Affairs Shanghai Branch announced that it would allow banks in the Shanghai Free Trade Zone to manage RMB and foreign exchange transactions for foreign institutions. The "message" corresponds to expanding this activity to all 12 existing free trade areas.

Financial institutions in the Free Trade Zone have issued RMB loans to overseas countries. Previously, there were only a few pilot areas that could implement this business. Wang Youxin said that the actions introduced this time will make bi-directional circulation of RMB more perfect and help promote RMB in "go away". Go out to use in large and large company projects.

The support to the free-trade pilot zone to execute RMB's cross-border activities based on the account system appropriate for its own features means that each free trade zone provides greater freedom, allowing respective trading zones to execute RMB's cross-border activity according to the actual conditions, which contributes to stimulate business innovation, grow more marketing units to use renminbi.

In addition, the announcement proposes to promote the use of RMB in bulk commodity trade between the exporting countries for raw materials and the countries and regions "Belt and Road" in the trade of goods as oil products and guiding bank finance institutions under "Who imports and who pays foreign currency". The principle is to manage the cross-border payment business for oil products trading and to support the taxable fuel supply in Pilot Free Trade Zone, which will be designated and discontinued in RMB. This article applies only to the Zhejiang Free Trade Zone.

Wang Youxin suggested that the purpose of this measure is to actively promote the function of pricing power for RMB raw materials. On the one hand, the use of a renminbi-denominated deal in the trade of bulk goods such as oil to promote renminbi pricing in the traditional area, on the other hand, support to the free trade area also supports fuel oil supply in the renminbi-denominated settlement also actively in growing areas. RMB pricing effect. 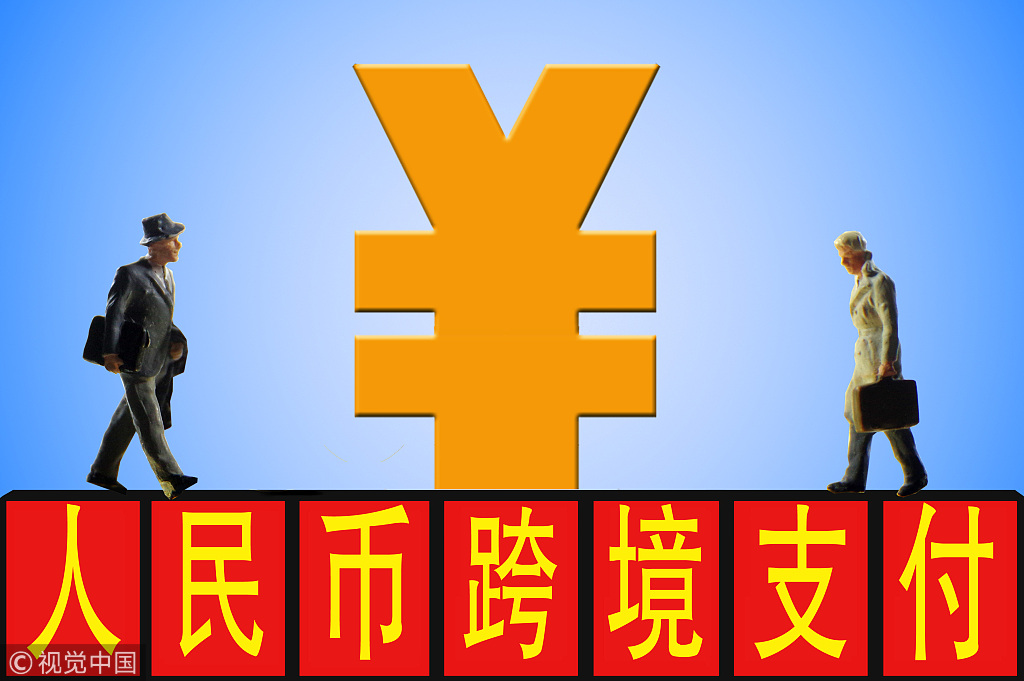 Xu Zhong, Head of People's Bank of China's Research Bureau, said at the summary of government policy on November 23 that since the establishment of the Free Trade Zone, cross-border RMB operations have evolved rapidly and the level of cross-border investment and funding has continued to improve. The People's Bank of China gave full role to the "test field's role" in the reform and innovation of the Pilot Free Trade Zone. It promoted trade and investment facilities as a starting point, followed the principle of local currency priority and further simplified the cross-border business process for business dealings in regular and direct investment. The companies and individuals in the region use local currency for cross-border transactions, which reduces exchange rates and reduces exchange rate risks.

In addition, the FTA's innovative financial services continue to improve the level of financial services. In addition to the Shanghai Pilot Free Trade Zone, other free-trade pilot zones have also adapted to local conditions to implement a range of financial innovations. For example, the Guangdong Free Trade Zone launched an electronic license card to improve the level of convenience for registration and operation of companies in the region. Tianjin Pilot Free Trade Zone supports the leasing company's willingness to solve foreign debt through the special policy for financial support for the leasing industry's development. Fujian Pilot Free Trade Zone has innovative services for trading trade funds for trade in fish and receipts and actively engaged in the construction of the core area of ​​Maritime Silk Road.

Xu Zhong said that People's Bank of China has always followed three principles for opening up internal and external financial expansion: firstly, the national treatment and negative list principles will come before the introduction; second, the opening of the financial industry to coordinated with the exchange rate mechanism and capital conversion process. Thirdly, we must pay attention to preventing financial risks, and we must match financial transparency with financial transparency.

In the next step, the People's Bank of China will actively expand the opening of the financial industry in the construction of the Pilot Free Trade Zone, encourage the Pilot Free Trade Zone to take the lead and prioritize the measures to open the financial industry. The People's Bank of China will gradually shorten the negative list in the financial sector, relax restrictions on holdings of foreign financial institutions in all areas including financial licenses, expand the scope of foreign financial institution's operations and replace the restrictions on access and qualifications with precautionary needs to stimulate foreign funding . The institutions participate in the enthusiasm of China's financial market and promote a more free flow of funds. 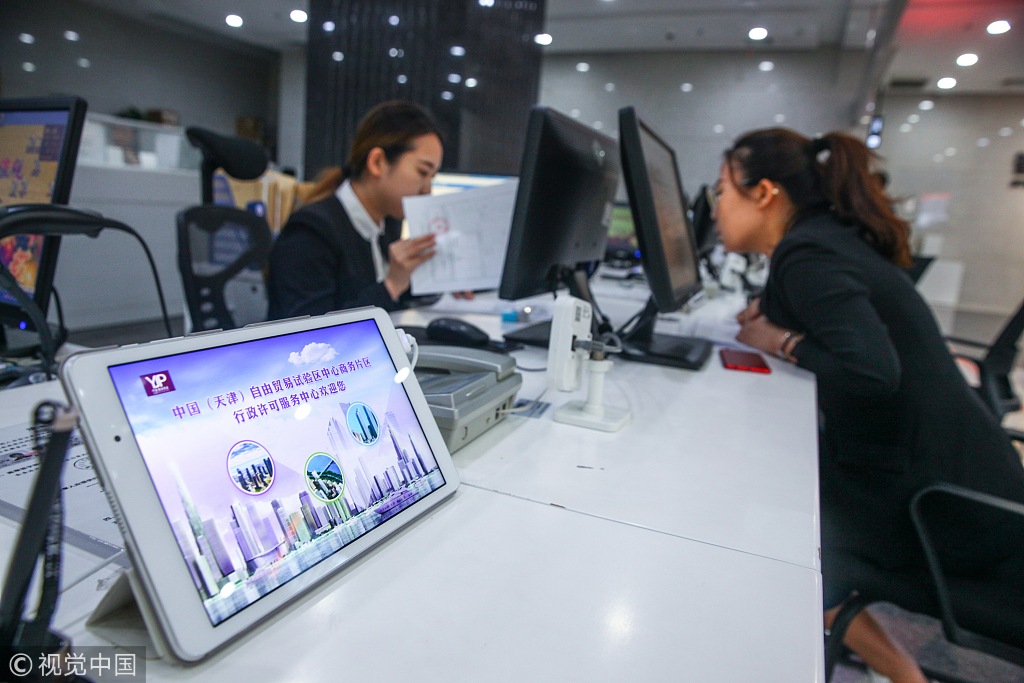 Aid to individuals in the free trade zone to carry out foreign securities investments, and the US stock market will facilitate

The message also proposed to support eligible persons in the Pilot Free Trade Zone to conduct foreign securities investments in accordance with the provisions.

In the past, domestic investors mostly opened accounts in foreign brokerage firms via domestic Internet institutions, invested in US stocks etc. but this model was warned by the Securities and Futures Commission in 2016. The authorities consider that the platform website or the mobile of unauthorized domestic Internet businesses The client's participation in foreign securities market transactions lacks the corresponding security audits and legal guarantees and securities investments and the funds are located outside the country. When an investment conflict arises, the investor's rights and interests will inevitably lead to major losses and can not be well protected. The industry believes that with the implementation of the above announcement, domestic investors will be more practical to invest in overseas capital markets and at the same time safer.