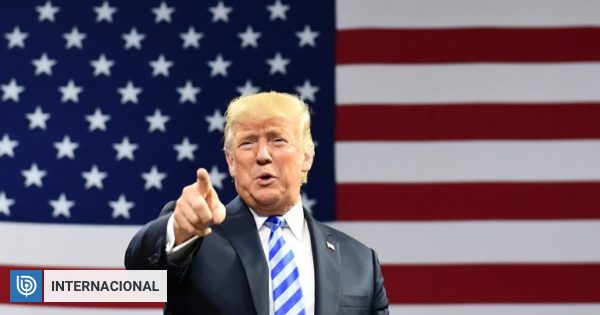 United States President, Donald Trump, He showed his annoyance to automaker General Motors for his decision to close several factories in Michigan and Ohio, so he announced that they will study to remove the subsidies given by the federal government to the company.

Very disappointed with General Motors and its CEO, Mary Barra, to close factories in Ohio, Michigan and Maryland. But nothing ends in Mexico and China. The United States rescued General Motors, and this is thanks we get! Now we are studying the reduction of all subsidies to GM, "Tweeted Trump."

His warning came a day after GM announced a 15% reduction in the labor force and closure of five factories in the US, two of them in places like Michigan and Ohio as Trump won tight in the 2016 election.

"General Motors made a major venture in China years ago when they built several plants there (and in Mexico) but I think their betting will not work. I'm here to protect American workers."

GM said that its decision was based on a weak sale of small cars mounted in these two factories, indicating that it wants to control its efforts against autonomous cars and other new technologies.

American vehicle manufacturers also suffer from charges on aluminum and steel, but GM said it did not affect their decision.

Currently, the United States offers subsidies of between 2,500 and 7,500 dollars for each electric vehicle depending on the model. GM produces all-electric Chevrolet Bolt, but that kind of car gives a lot of money to the company's revenue.