The head of Sporting Cristal: If Colo Colo wants Mario Salas, we have nothing to do 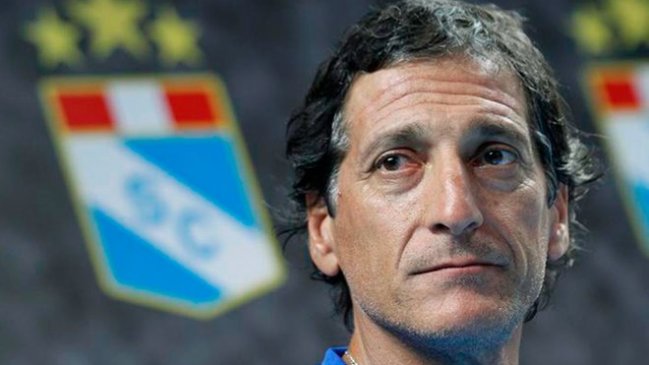 Carlos Benavides expressed his annoyance of interest to albos in DT.

"They have to talk to Mario and he will tell them if he wants to go," he said.

Colo Colo He has his eyes fixed on Mario Salas. The former techniques of Catholic University is the protagonist of the Peruvian league, because his team, Sporting Cristal, is the main candidate to stay with the title after winning the first final in the final against Alliance Lima.

In that scenario, in the preview of the definition to be played on Sunday, Carlos Benavides, Head of Sporting Cristal, consulted in Peru about whether they had had contact with Colo Colo of the "master" and his response revealed irritation and departure with the subject.

"I will not talk about Colo Colo questions every fifth day, that's their problem. We have nothing to do if Colo Colo wants Mario Salas to talk to him and he will tell them if he wants to go", the leader was adopted in dialogue with RPP.

He also noted that they have talked internally to the club and the plan is "to be online. The theme of that club should not damage or distract Sporting Cristal by day".

The final between Sporting Cristal and Alianza Lima, in addition to the destination of Mario Salas in Peru, will be decided on Sunday at. 17.30 (20:30 GMT).