Strike and storm in Chile threatens global range of blueberries 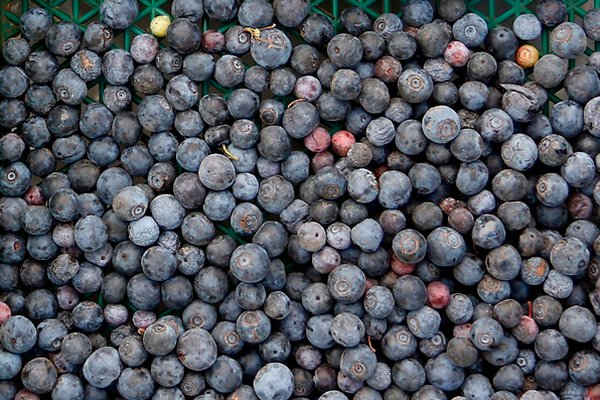 However, from Hortifrut they ensured that they had productions in other countries that mitigate the risks.

Few blueberries for breakfast pancakes can be harder this season, then the world's largest exporter of so-called superfoods It suffers from the effects of a hail storm and a strike lasting for a month.

Some Chilean farmers lost all their blueberry battles in November when huge rain and hail struck central Chile, where most of these fruits are grown. The size of the losses is not clear, but those who saved their harvest are now experiencing delays in transport, as the stewards in the port of Valparaíso accumulate a month of strike.

The stevedores in Valparaiso, which deliver about half of Chile's fruit production, have no intention of returning to their work until their payroll needs are met.

Much of the Chilean harvest is redirect to the port of San Antonio, further south, but it creates delays.

"San Antonio is facing this moment," said Juan Inostroza, who works in the export department of Hortifrut, an important exporter of cranberries and cherries. "But there has been some congestion."

The answer from Hortifrut

Following the publication of the note from the agricultural sector, it was indicated that, as they were affected, agriculture was not affected by the hailstorm in November and that they sell third-party fruits, among which producers suffer, especially in the VI and VII regions.

The effects of the port strike indicated that "it has not generated greater impact, as we have so far managed to move all our volumes, without major problems, through San Antonio port."

"Given that we are a global platform, we have productions in other countries, enabling us to alleviate different risks and continue to respond to our customers around the world," they added.