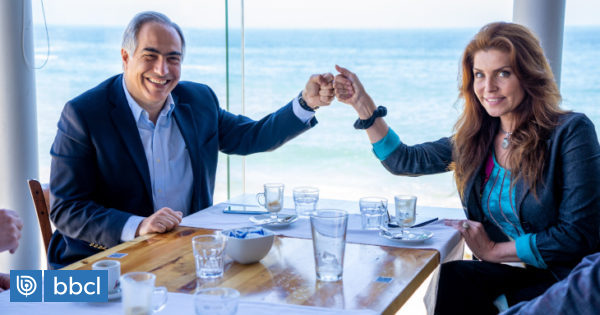 A key meeting between the senator and RN regional president Francisco Chahuán, deputy Andrés Celis, Raúl Celis and the garden city’s candidate, served to bring positions closer together and set a timetable for commitments, in case of full support from ChileVamos.

“The issue is not resolved, but an important step was taken”With these words, the senator and the regional president of national renovation, Francisco Chahuán, described the appointment made in the last hours by RN representatives with the former deputy, Andrea Molina, who has expressed interest in becoming the candidate of ChileVamos for mayor of Viña del Mar.

Together with the district representative Andrés Celis and his brother Raúl Celis, who was one of the party’s letters to the mayor’s seat, they held a meeting for about two hours where they analyzed the scenario in the garden city, but above all they revealed views and demands for possible RN- support.

“It simply came to our notice then. The issue is not yet resolved, as it must be resolved by the respective RN Regional and National Council, but today a first step was taken. We have discussed and asked to develop a plan and program for Viña del Mar, which can take responsibility for improving the quality of life in the garden city, urgent housing, health infrastructure, improving accessibility and thinking the city over the next 20 or 30 years, ”explained Chahuán.

The senator added that one of the conditions for RN to eventually support Andrea Molina, is that the former deputy explicitly and publicly states that she will be the representative of all ChileVamos and not of a specific party within the coalition.

Mr Chahuán reiterated that the individual candidacy must in any case overcome all the party’s internal bodies, the first step being the district council, which met in an extraordinary manner on Saturday afternoon and where it was agreed to support the said nomination.

The urgency of resolving candidacies for the governor

Mr Chahuán also referred to the issue of regional governors’ candidacies, which is on a completely different track and should be decided next week in an extraordinary RN Regional Council.

“We will have a meeting of the regional council where we will discuss the issue of the regional governor. I have met Manuel Millones to analyze the issue, as well as with the rest of the possible candidates. We hope that this issue will be resolved next week “, says RN’s regional manager.