Pulmonary emphysema, the toll to have smoked 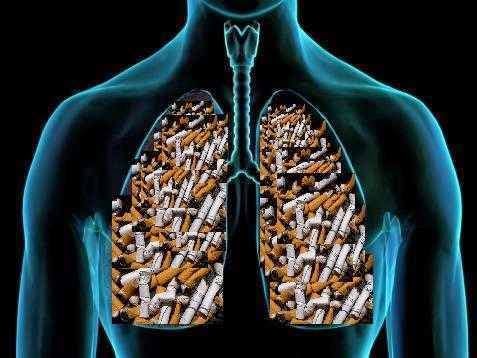 Lung emphysema is an irreversible destructive disease in the alveolar walls due to the expansion of the structures associated with air absorption for the lungs to function properly, which means a decrease in respiratory function and leads to a fairly complex quality of life for many yearsEight million people in the world could die every year because of tobacco before 2030 according to the latest report submitted World Health Organization (WHO) and 80% of the deaths will occur in developing countries.

These figures assume that in the world there are more than a thousand million smokers and the data, despite the health campaigns, go into crescendo; 200 million of which are women, which means that 500 million people will die because of it. By 2020, tobacco will be the biggest cause of death and disability in the world and will kill more than 10 million people a year and cause more deaths from AIDS, traffic accidents, murder, suicide, alcoholism or illegal drugs.

This pathology occurs after several decades of common smoking and patients are usually not aware of the irreversible damage they cause in their lungs. Occasionally in smoking patients, the combination of emphysema and pulmonary fibrosis is often underdiagnosed. 90% of the pulmonary emphysema is produced by tobacco, as well as lung cancer, which also accounts for 90% of the death.

Among other pathologies caused by tobacco, there are also heart disease and other cancers, which means that 30-40% of those who quit smoking show a decrease of these diseases after five years compared to non-smokers. They make the statistics confirm the data that common smokers will die prematurely because of their habit and half of these deaths will be between the fifth and sixth decades, that is, about twenty-five years after starting smoking.

Of the diseases that may have worse consequences in smoking, COPD is because patients may need oxygen 24 hours a day and their quality of life is really bad. The feeling of suffocation, not breathing, with the current drugs and oxygen can make the patient coexisting with this disabling disease for about ten or fifteen years.

The terrible problem is that many smokers suffer from pulmonary emphysema, their lungs are destroyed small and small and they do not know it. In any case, smoking has always compromised the lungs and every smoker really knows it; What he does not know is the consequences he can have in a decade that can lead to a chronic suffocating patient and that even if he stops smoking, he does not restore lung function.

It's time to start a new life if you take the tobacco from your life; Healthy diet, moderate exercise and zero alcohol guarantee a completely healthy life. Everything else is to live with the risk of continuing to smoke. avoidable diseases and poor quality of life; the fee to smoke or to continue smoking.