PHOTO: Two stars destroy each other and star in a real space show 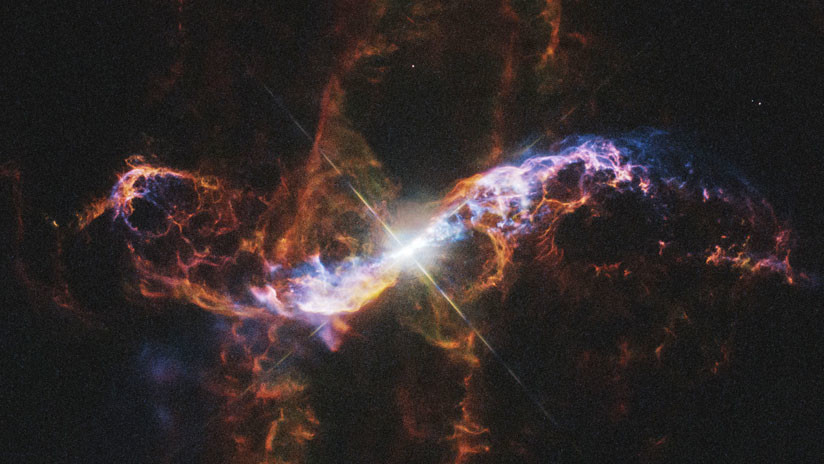 They are two symbiotic stars, that is, they interact and they need to live, but it also steals a large amount of matter and condemns them.

Unpublished images of the interaction between the binary star system R Aquarii were captured by the European Southern Observatory, according to a report published last week. Fotona reveals a detailed and unprecedented perspective on a astral moment which developed about 650 light years from the earth.

R Aquarii is two symbiotic stars, that is, they live closely and interact with each other. Recently, astronomers believed that it was a single star, but the changes in its brightness were determined two stars different: a white dwarf star and another red giant star, also known as "Mira variable".

But this ratio of coexistence, which is reflected by "show "space In the extraordinary pictures, it causes them to lose a lot of the material until death, because of its differences in temperature, density and above all because the gravity of the white witness removes the outer layers away from the red against itself and towards its surface.

The European Southern Observatory has pointed out that the photographs are the result of surprising teamwork of several instruments: The Sphere (a powerful planets finds), The Very Large Telescope (the world's most advanced optical instrument) and the Hubble Space Telescope (tool with a broad field of view and sensitivity), which gives one detailed perspective of the stage.