Mineduc is committed to moving students from U. del Pacífico 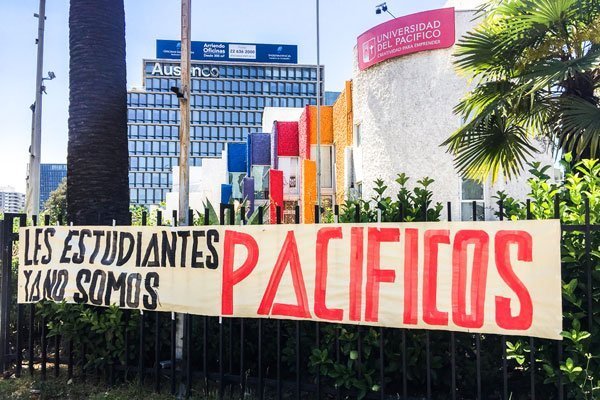 Campus estimates losses of $ 8,122 million over the last three years.

Nothing pleased the students of Universidad del Pacífico with the action plan presented yesterday by the authorities in the unit of the ministry of education (Mineduc). The students, who pointed out that they expected concrete measures, found that there are still no solutions to their unsafe situation in the short term.

In addition, Vargas added that "the university must ensure the correct completion of the 2018 academic year. Besides students who choose to continue, the continuity of education must be guaranteed." In parallel, it is important to note that we have opened an investigation, which may lead to the decision to request the education board to revoke the official recognition of this institution. "

Mineduc investigation procedures have not set dates and may last for several months.

Universidad del Pacífico belongs to the Julio Ortúzar Rojas Foundation, and in 2017 it lost accreditation after renouncing its renewal. It was the beginning of the uncertainty, although the economic crisis became apparent after a Colombian investor had neglected, who did not inject the resources he had committed.

This triggered internal chaos in early November, according to student leaders, and in the past two weeks, about 15 officials from senior positions saw.