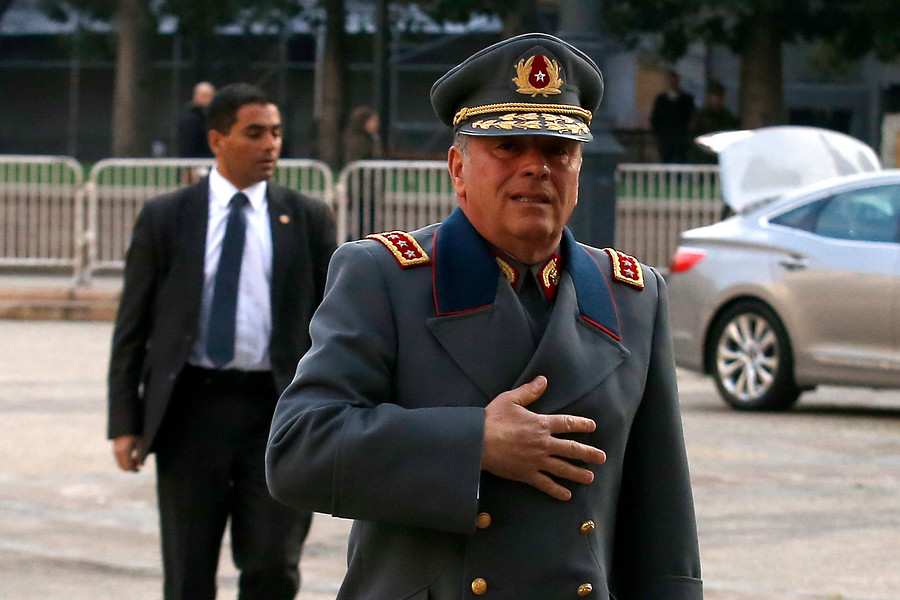 For the $ 4,596,129,200 equivalent of reserved expenses, the minister was handed over to the process of visiting the Romard Rutherford, former commander of the Humberto Oviedo Army.

Judge Rutherford ordered the preventive detention of the retired military under the notebook examining the use of reserved expenses.

Government, with 250 pages, notes that he explains Oviedo as "author of Repeated violation of public funds misappropriation and sanctions Article 233 in conjunction with Article 238, both Penal Code, relating to a total loss caused by the Chilean state tax amounts to $ 4,596,129,200 (four thousand five hundred and ninety six million hundred nine nine thousand two hundred pesos , considering the dollar's average annual value in each period) and the corresponding 94,296, 82 UTM ".

In the same ruling, the judge ordered the seizure of the retired general's assets for the amount of fraud.

Oviedo, 59, must serve his preventive detention in the Peñalolén's military police battalion with General Juan Miguel Fuente-alba, another of the former masters treated by Minister Rutherford for embezzlement of reserved expenses.

General Humberto Oviedo served as commander in chief of the army from March 2014 to March 2018. He was succeeded by General Ricardo Martínez.