"Hold promise 2018" a commitment to end HIV / AIDS in Mexico 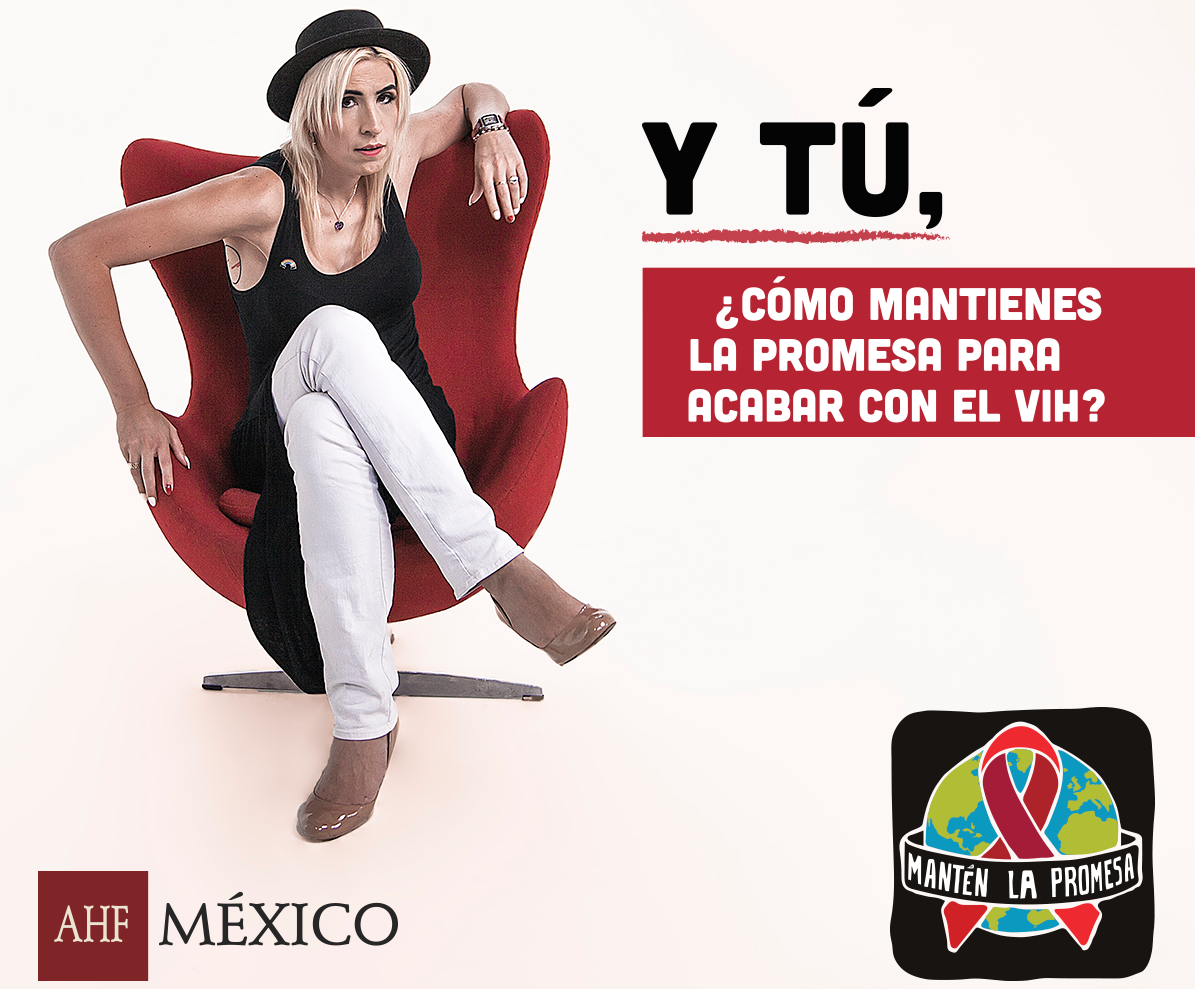 According to the estimates of the United Nations Organization for AIDS (UNAIDS) in Mexico, the number of people living with the virus has quadrupled over the past 25 years, in front of the panorama artists, writers and musicians, contributing with their voice and influence to the "Keep The Promise, AHF Mexico" campaign consists of spreading the message of prevention to its supporters through their concerts, social networks or special activations to provoke a change in habits to prevent the transmission of HIV.

In solidarity activism, participants in HIV and AIDS are trained by AHF Mexico experts. many are surprised by the information, some others are motivated to investigate deeply before the recording of their video message will be broadcast for 15 days on all Metro Collective Transportation lines.

Participants' co-operation contains a series of messages with a renewed language aimed at people of all ages, primarily so that they as health minds assume proper use of condoms and are protagonists in prevention, detection and current attention of HIV.

There are many ways to help stop transmitting HIV in our country, inform you and be tested for HIV with AHF Mexico.

Get informed and tested for HIV with AHF Mexico and together we will end HIV transmission in our country.

Information is the most important thing to prevent and detect HIV early. Find out and get tested in AHF Mexico.

Let's eliminate stigmas by informing us about HIV. Currently there are many preventive forms. Get tested on AHF Mexico and help us keep the promise of quitting HIV. # AHFMexico # ManténLaPromesa # MLP2018

"Confidence is our best language approaching one of the most vulnerable sectors in terms of HIV. Like each year, we renew the campaign with new ideas and new ambassadors." Can affect the motivation of their followers, "said Nicole Finkelstein Mizrahi, Country Program Manager- AHF MEXICO.

"Although this year we celebrate millions of lives receiving HIV / AIDS care and services worldwide thanks to the network of global AHF partner organizations engaged in the rapid expansion of life-saving treatments, it's indispensable to do "Keep the Promise", a permanent proposal and commitment, I appreciate all the talents and its supporters' participation in 2018 will give time for this reason. "

"This 2018, Keep the Promise will be the most important message that will be in the heart of all Mexicans who are concerned about a country that is free from HIV / AIDS. We work to raise awareness through the effects that ambassadors have on their supporters, where the simple message about having a protected gender comes directly to listeners or readers, says Nicole Finkelstein.

For AHF, the issue of reducing HIV transmission data is the main axis in its work. It is enough to remember that the number of reported new cases increased by 12% in our country in 2016, a figure that does not include people living with HIV and they still do not know because they have never applied a quick test, which in the organization is available and confidential, it is estimated that of the ten cases living with HIV, 7 do not know it.

It is important to remember that human immunodeficiency virus (HIV) can be contracted by someone without distinction between age, gender, sexual orientation, nationality, religious belief, socioeconomic status or musical taste. Everyone with active sex life is in danger.