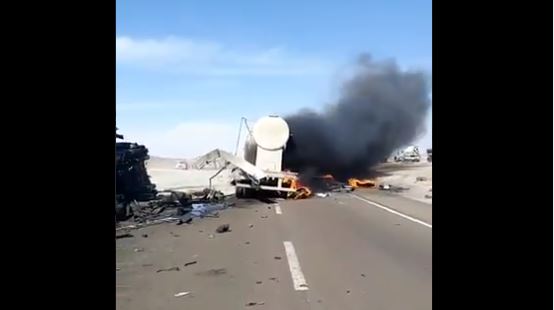 After 16:00 a fatal accident between two trucks left two people dead. 15 km from Calama, in Antofagasta.

The involved vehicles transported cement and copper concentrates and collided on their heads. After the accident there was a fire in the truck cab.

Emergency groups were present instead of helping the two drivers. One of them died instead, while the other victim was seriously injured and died when transferred to the hospital..