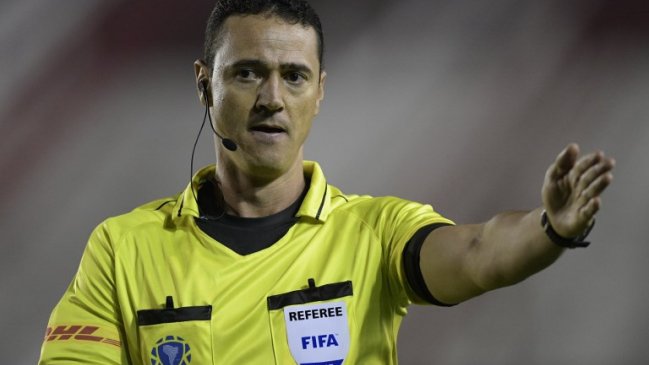 The "coffee" judge has a precedent target the final in 2015 when the red crowned champion for the first time by the continental competition.

The mourners will be their countrymen Alexander Guzmán and Wilmar Navarro, while the fourth judge will be paraguayan Mario Díaz de Vivar. In VAR it will be Andrés Rojas to the head, assisted by Nicolás Gallo and John León, all Colombians.

The clash between Red and "Inca" will be questioned this Wednesday, July 3 in Porto Alegre at 8:30 am in our country (00:30 GMT)

The other key that will meet Argentina against Brazil will have Ecuadorian Roddy Zambrano leading third arbitration, with Christian Lescano and Byron Romero of the same nationality as assistants in court.

The Uruguayan Esteban Ostojich will be responsible for VAR, while the Venezuelans Jesús Valenzuela and Nicolás Tarán will be their squires in video arbitration on what will be a conflicting commitment for Superclásico in South America. More from the Chilean selection