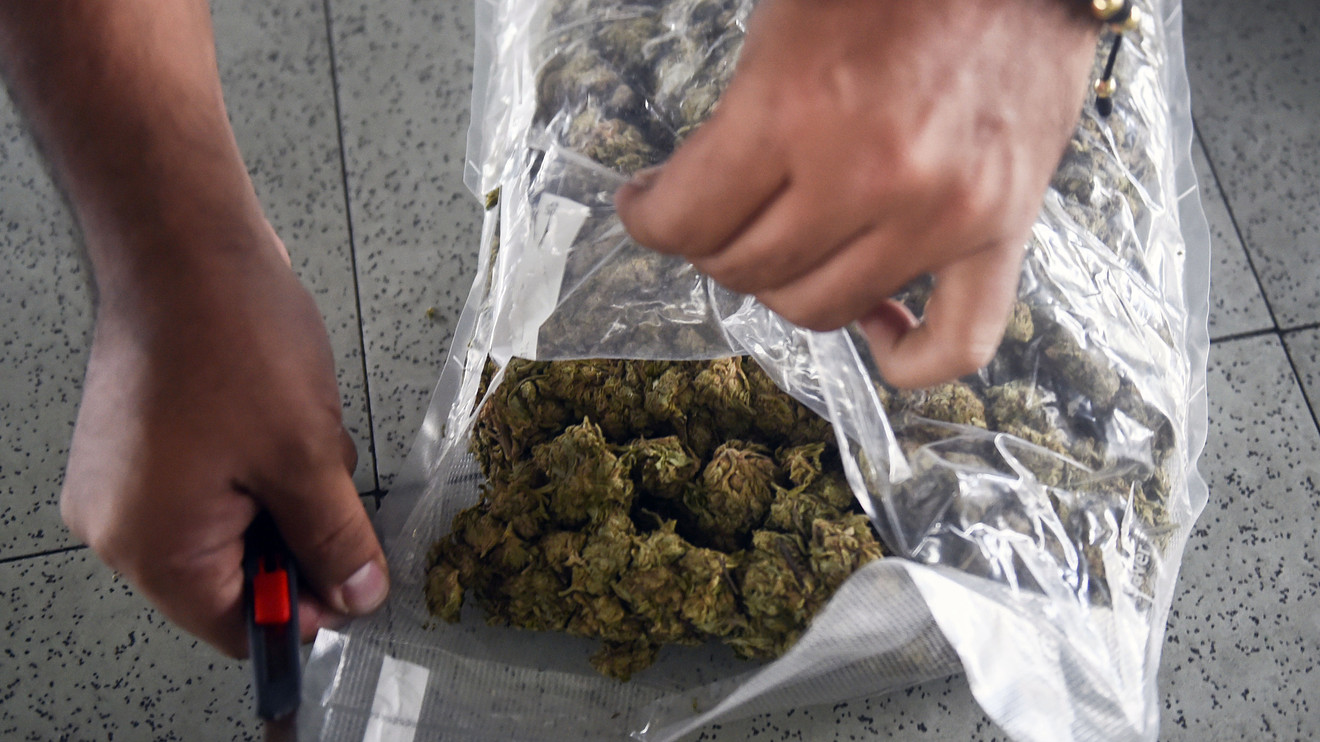 The newest cannabis company on Wall Street, Sundial Growers Inc., sold half a ton of pot that was returned by corporate buyer Zenabis Global Inc. because it contained visible mold, parts of rubber gloves and other non-cannabis material, according to people familiar with the matter.

The attempted sale would be the equivalent of 10% of Sundial's

total second-quarter cannabis sales of five metric tons. The cannabis batch would be worth roughly C $ 2.5 million ($ 1.9 million), assuming a price of C $ 5 per gram. Sundial has not disclosed that a shipment has been returned; a spokeswoman for the company returned requests for comment. Sundial announced earnings Wednesday morning.

disclosed that it had returned half a ton of pot and terminated its agreement to buy weed from a “third party” that it did not name. People familiar with the matter say that party was Sundial, and Zenabis returned the cannabis because the pot was of poor quality and contained bits of rubber, among other issues.

Sundial raised $ 143 million and went public on the Nasdaq Aug. 1, with a valuation of roughly $ 1 billion. The company included a number of risks around inventory spoilage in its IPO filing but did not include a reference to a half ton of returned cannabis. Sundial did not mention the half-ton return during a road show presentation in Toronto, according to one investor who heard the pitch. In the IPO filing and its quarterly earnings filing with the Securities and Exchange Commission, the company disclosed about $ 3.3 million in penalties for not delivering cannabis as promised to partners; those contingencies were from 2018.

See also: The $ 4 billion time bomb ticking away inside the biggest marijuana companies

Sundial said in its IPO documents that the majority of its sales are to other licensed producers in Canada. The company disclosed that it hopes to decrease the percentage of its business based on sales to potential rivals through 2019 and make it a minority of sales in the future as it looks to compete in the market for “premium” cannabis.

Sundial shares have struggled in the open market, falling more than 30% from the IPO price on the first day of trading. After reporting second-quarter sales Wednesday morning, the stock increased 6.6% in the following session, its first daily gain in more than a week. Shares, which sold for $ 13 in the IPO, declined 4.9% to $ 10.54 on Friday.

When asked about the shipment of pot Wednesday evening, Sundial Growers corporate communications manager Sophie Pilon said in an email, "I'm not really sure what you're referring to." The company did not respond to multiple follow-up attempts over the next two days.

See also: The $ 4 billion time bomb ticking away inside the biggest marijuana companies

Acquiring high-quality weed has been a problem for the cannabis sector since Canada legalized recreational marijuana, as licensed producers have sought to meet demand and buy marijuana that they do not grow. BMO Capital Markets analyst Tamy Chen wrote in June that the bank had heard several anecdotes across the sector about “dated dried flower deemed not competitive for the [recreational] market under certain qualitative criteria. "

Sundial is a Calgary, Alberta-based weed producer, and has operations in Canada selling recreational pot. It also has operations in the United Kingdom, where it acquired Bridge Farm Group, a company that has a history of growing plants such as herbs, microgreens and plants commonly used for indoor and outdoor decoration.

Canadian shares of Zenabis have fallen roughly 72% this year, and the company is now worth less than C $ 300 million. Zenabis was worth nearly C $ 1 billion when it debuted on the TSX Venture exchange in January, but has faced issues with short sellers, which led it to recently strike a supply deal with other licensed producer Tilray Inc.

instead of trying to raise a capital.