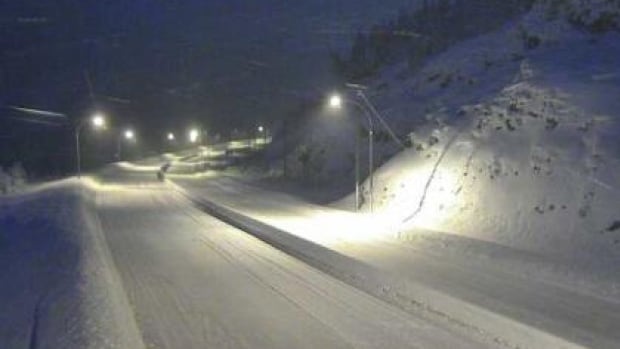 Drivers in British Columbia's southern interior are facing challenging conditions, as a winter storm warning will remain in force with about 35 centimeters snow coverage on the Coquihalla Highway between Hope and Merritt since Monday night.

DriveBC says blowing snow and limited visibility will continue until Wednesday, while Environment Canada predicts an additional 10 centimeters of snow.

A snowfall also warns for Highway 3 from Hope to Princeton, where the weather office says the last storm has dumped 30 centimeters of snow in the last 36 hours.

Coiling winds and intense rain have also damaged what BC Hydro describes as "transmission structure" on the Sunshine Coast, which provides immediate repair before another heavy storm is due to hammer the south coast on Thursday.

The tool said via social media that repairs will require a total power outage from 9:30 to 2:30 p.m. PT, which affects the area from Lund to Saltery Bay, including the city of Powell River as well as the Cortes and Texada Islands.

The Powell River School District says on its website that the interruption means that all schools in District 47 will be closed for the day. Classes are expected to continue on Thursday.