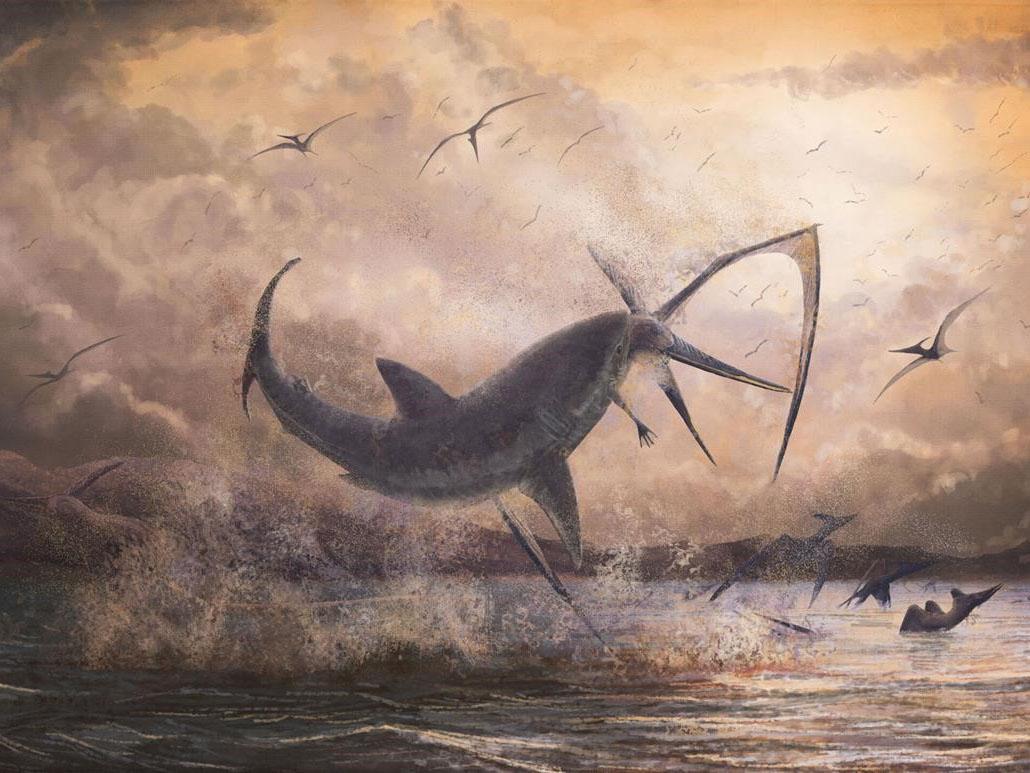 A hailstand connected to a fossilized airplane's throat has opened a window of a dramatic attack developed millions of years ago.

The well-preserved pteranodon – a type of pterosaur that had a weapon developed – had a tooth embedded between the neck whirls, which gave clear evidence of a shark bite.

These fossils offer a rare insight into an interplay between predators and prey that play in the ancient Oceans of North America.

Make the most of it The independent

Make the most of it The independent

Researchers came across the fossil in the collection of the Los Angeles County Natural History Museum, where it had been lying indefinitely since the 1960s.

Interested in shark teeth, they would first and foremost determine that it had not only stopped fossilizing next to the pterosaur legs.

They drew the conclusion of how it was lowered between the vertebrae was evidence of a fast, violent piece of an 8ft shark called Cretoxyrhina mantelli.

"Understanding the ecology of these animals is important to understanding life on earth through time," says the study's leading author Professor Michael Habib, from the University of Southern California.

"We now know that sharks chased flying animals a long time ago as 80 million years."

Based on fossil evidence, paleontologists have been able to assume that the pterosaurs ate fish and could take off and land from water, although this would have left them vulnerable to attack.

"We know that big sharks ate the pterosaurs, so we could say that a large fast predator could have eaten this pteranodon when it came into the water, but we will probably not know exactly," said Professor Habib.

The discovery was published in the newspaper PeerJ.